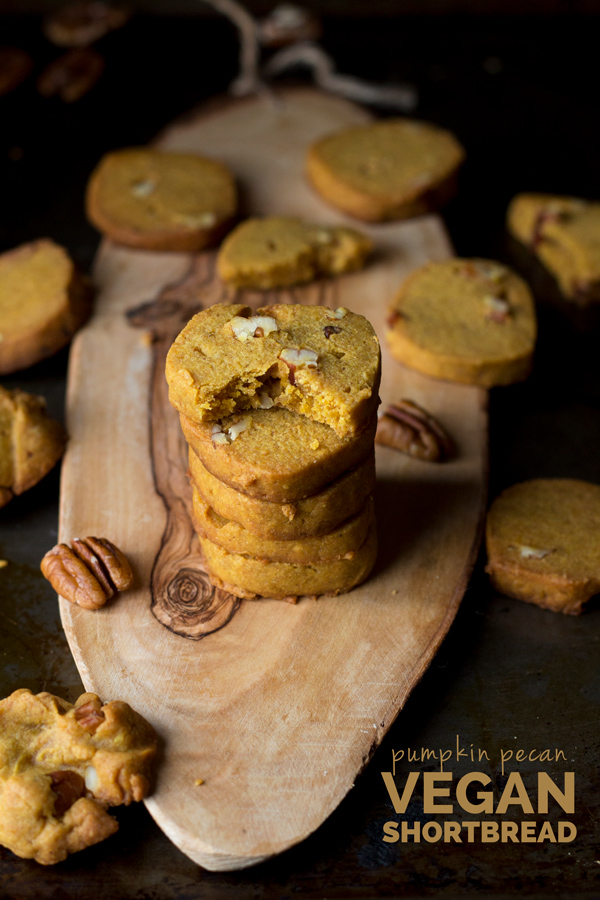 Quick question for the food bloggers in the audience: How many times do you test a recipe before giving up?

I had the idea for these pumpkin pecan vegan shortbread cookies long before I made the red velvet version. In fact, they were supposed to be part of last year’s pumpkin week but I had to miss a day when the cookies refused to cooperate. 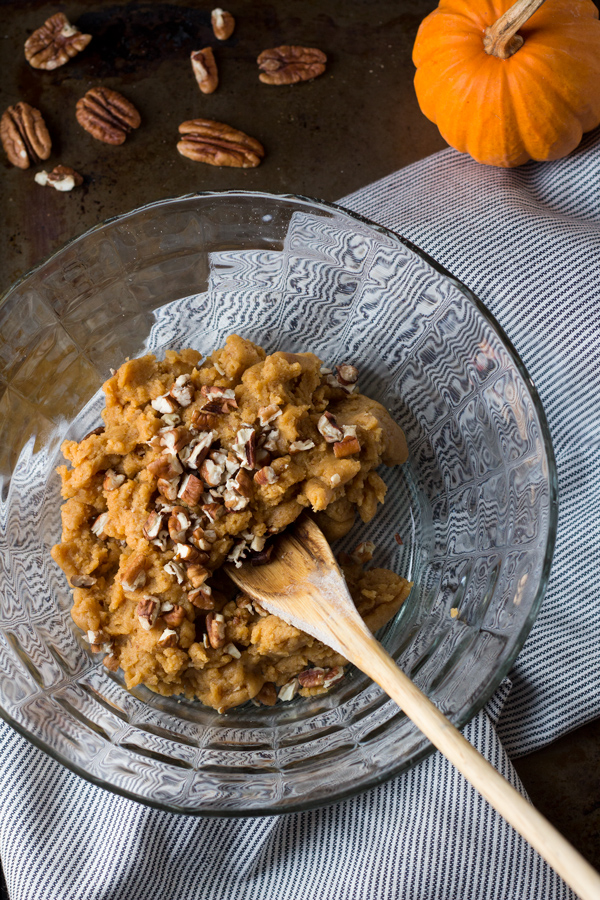 Pumpkin cookies are usually way to soft and fluffy for my liking. I’m much more of a thick and chewy cookie kinda gal. But I figured that pumpkin would be a great addition to this vegan shortbread since shortbread is usually on the tender side. Couldn’t hurt my quest for that elusive ‘buttery’ shortbread texture, right? Especially since I planned to used coconut oil and not actual butter.

Unfortunately, the first 1340923 tries were epic fails. I either ended up with cookies so soft they were almost rubbery or cookies that were much harder than I wanted. 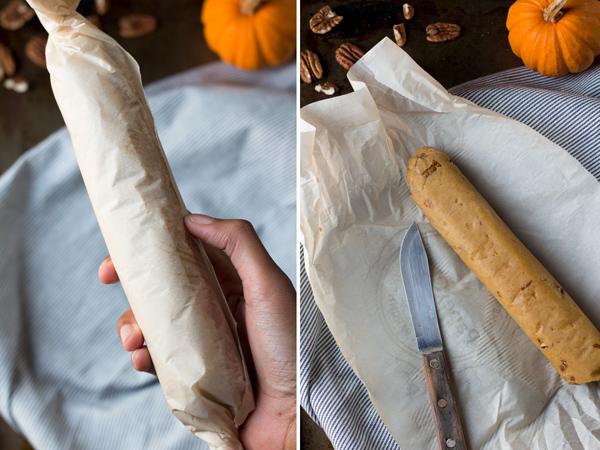 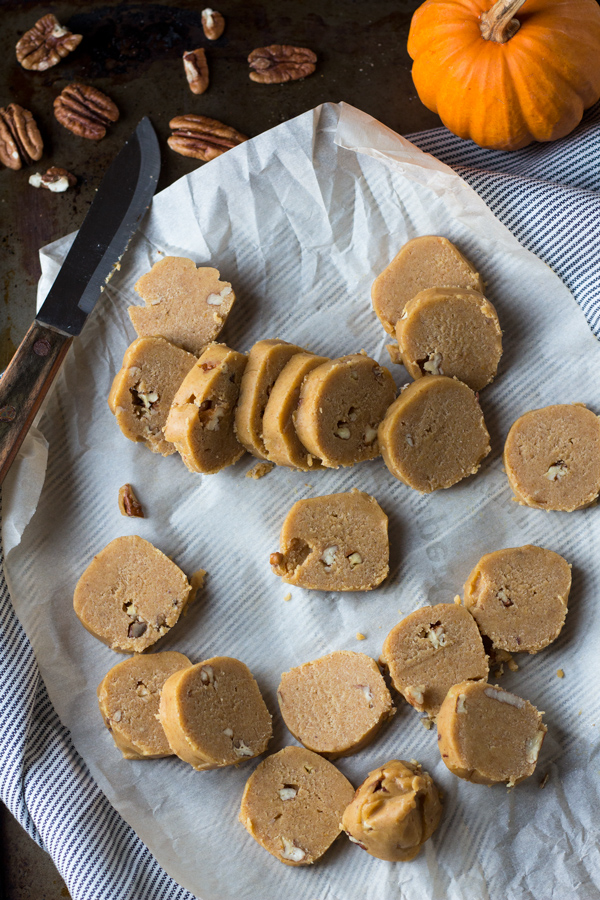 But on my 340924th attempt, I made one tiny substitution, just for fun and realised the pumpkin wasn’t the issue at all. It was my choice of sweetener. 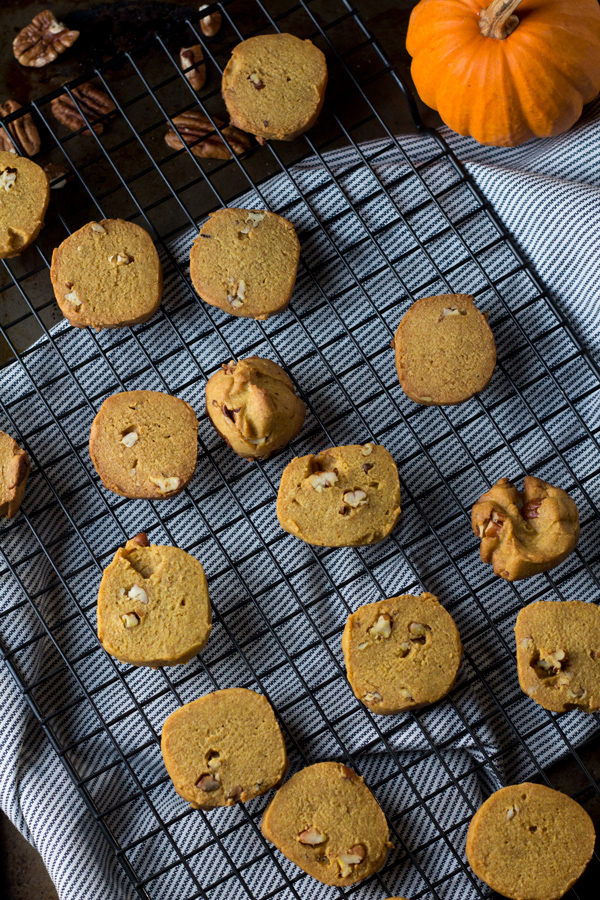 Luckily, switching to a liquid sweetener like agave or maple syrup seemed to do the trick.

The final vegan shortbread was just as tender and ‘buttery’ as I’d ever wanted and just sweet enough without being overpowering. But I still don’t even want to look at pumpkin for the next 21 years or so.

JK. I still have 1/2 a tin left to get through. So maybe just no more pumpkin cookies. 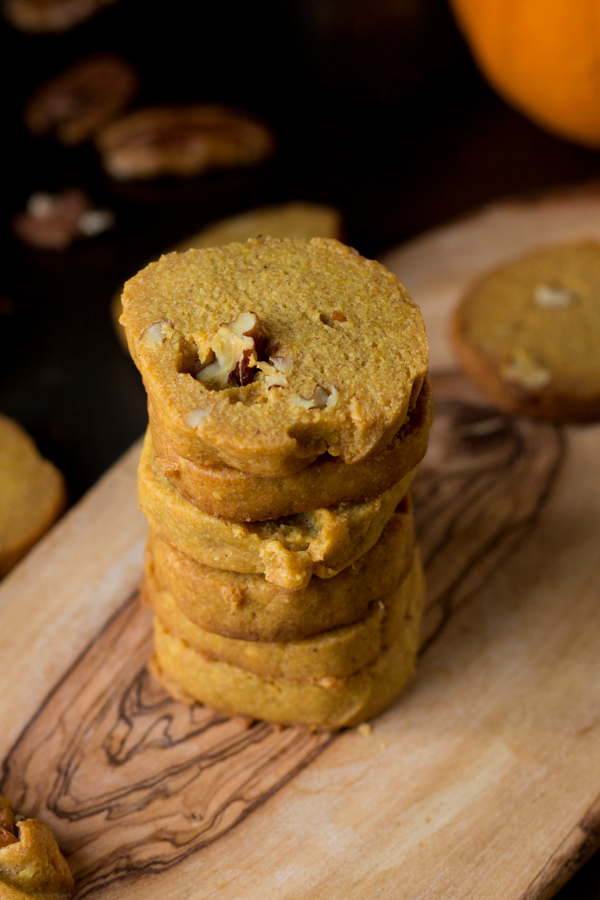 Have you ever made shortbread before? What recipe took you ages to get right?

p.s. If you make this vegan shortbread , I’d love to hear what you think. Leave a comment and rate the recipe or take a pic and tag it @ExSloth on Instagram! 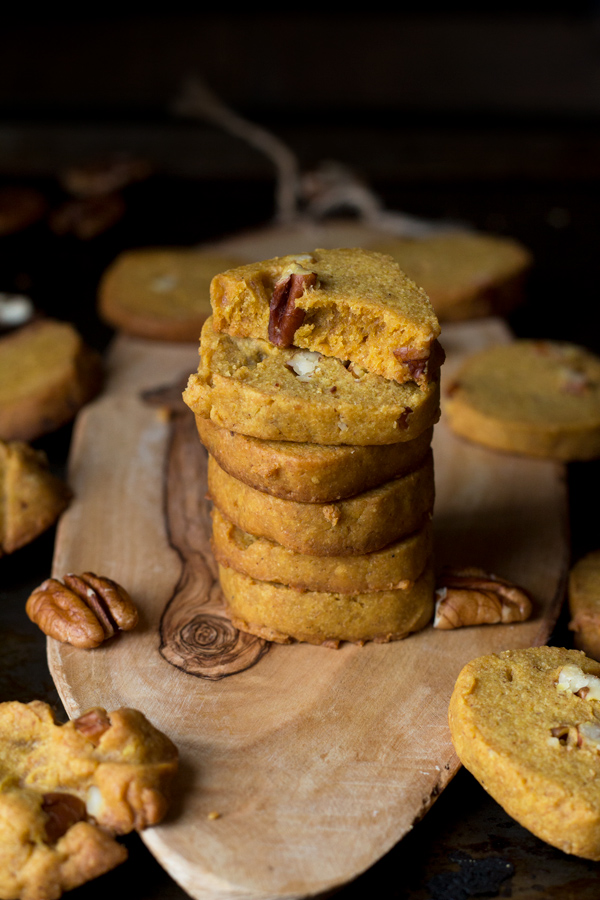 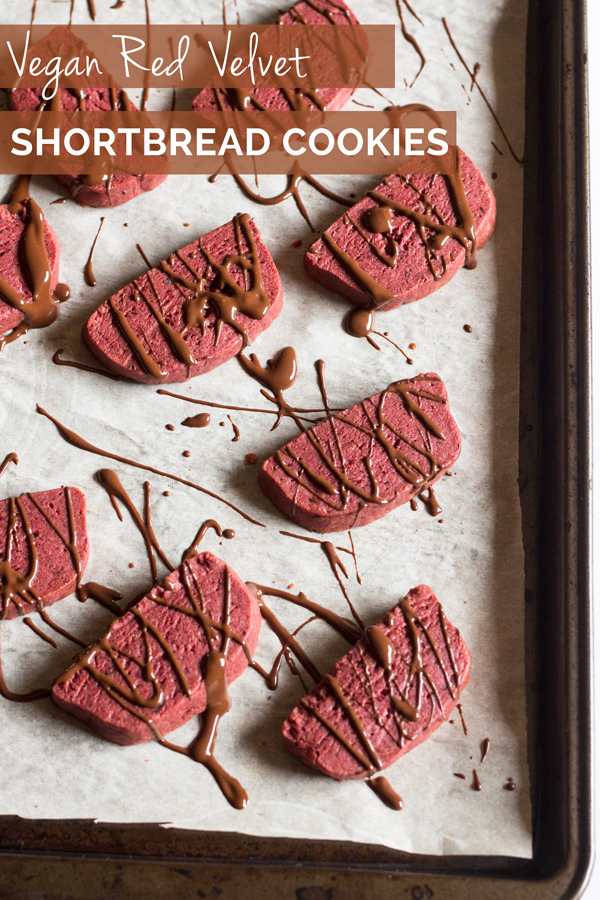