Since July is National Ice Cream month, I had planned to end the Ice Cream Sundays series today. But I still have a few ideas for ice cold treats floating around in my brain, so I’ll probably extend it for a couple weeks. That being said, I wanted to end July with a bang so I’m sharing my favourite ice cream flavour with you a.k.a. vegan rum raisin ice cream. 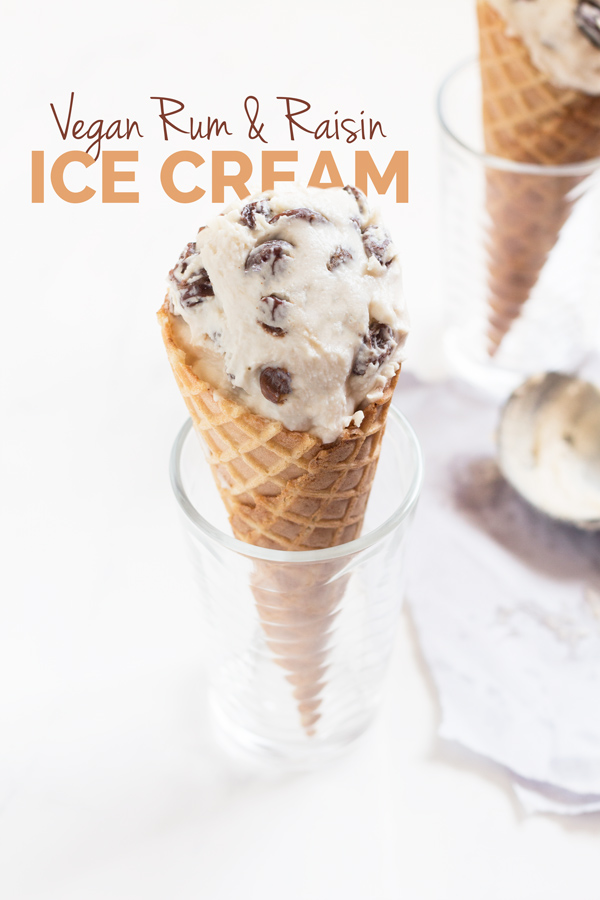 You guyssss. This recipe is the reason for my obsession with no churn vegan ice cream. My favourite homemade ice cream before going diary free was rum & raisin. So last summer, when I decided to give coconut ice cream a try, vegan rum raisin ice cream was the first thing I attempted.

That initial attempt wasn’t the best but now that I’ve perfected my coconut cream + condensed coconut milk ice cream base I figured I should give it a go again. And man am I glad I did. 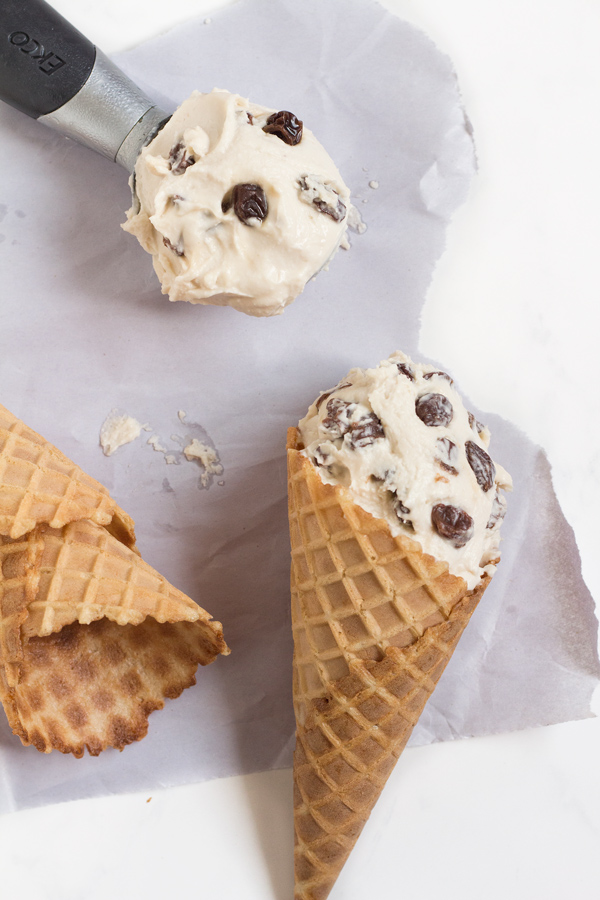 As expected, the recipe for this vegan rum raisin ice cream is pretty similar to the ones I used for my cherry chocolate and s’mores ice creams.

The only difference is that you need to soak your raisins in rum ahead of time. The first time I made this, I soaked mine for almost two days, so the final product was super rummy. But this time, just a couple of hours did the trick. 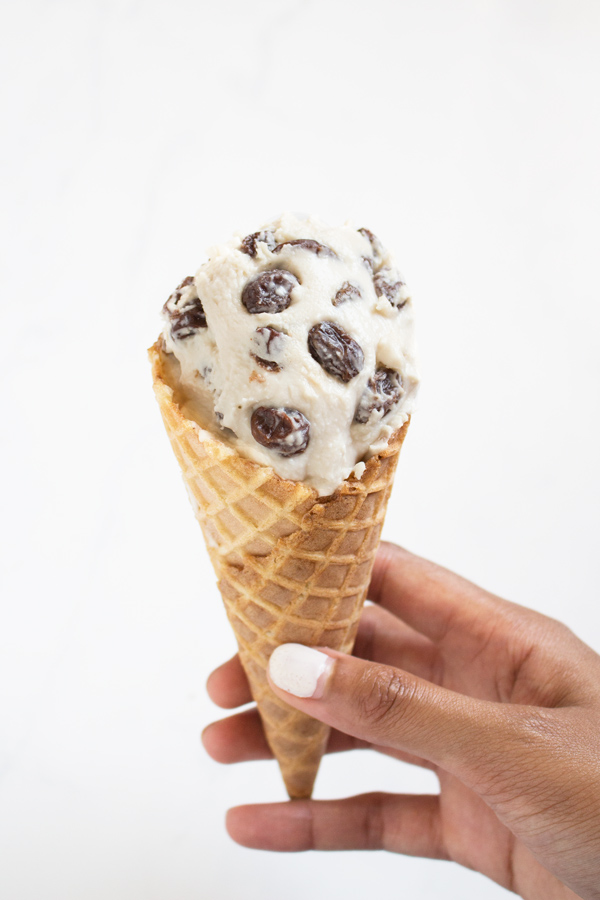 Once the raisins are ready you just need to whip your coconut cream and rum, mix in the condensed coconut milk and finally fold in the rum soaked raisins. Then wait impatiently for 6 – 8 hours while it freezes.

The resulting vegan rum raisin ice cream is decadent and creamy with a slight kick thanks to the rum soaked raisins. And despite. or maybe because of, the coconutty flavour, this is the perfect dairy-free alternative to traditional rum raisin ice cream. 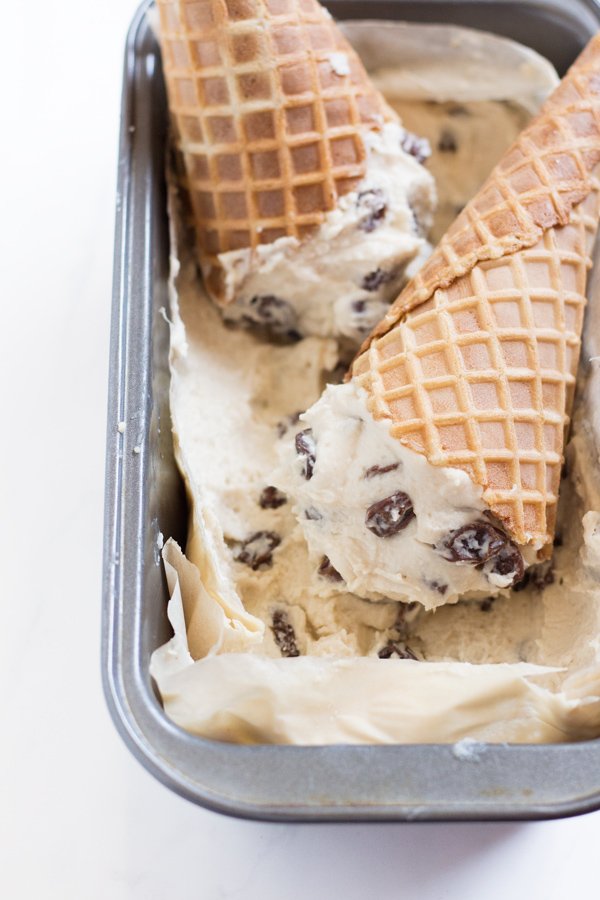 If you make this rum raisin ice cream, I’d love to hear what you think. Leave a comment and rate the recipe or take a pic and tag me @ExSloth and #IceCreamSundays on Instagram!

Want more no churn ice cream recipes? Try this one: