I’m not gonna lie. I almost didn’t share a post today because, as usual, I was grossly unprepared for the beginning of the week. Monday came bright and early yesterday and smacked me in the face and I just wasn’t ready. But, it would be a crime not to share this green smoothie vegan french toast recipe with you, so I finally got my act together around 11 pm last night and wrote something. 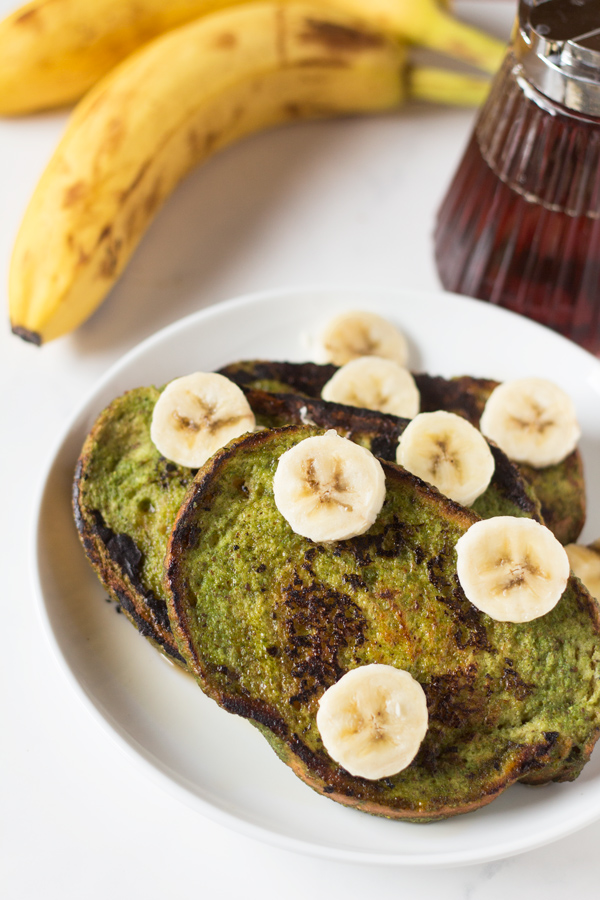 If you’re a long-time reader of ExSloth, you’d know that there are days, occasionally weeks, when I don’t post a single recipe. My biggest problem with recipe development is a lack of inspiration. I’m a creature of habit so I hardly ever stray from my chosen path. And that includes the things that I eat.

For most of my life, I’ve had a variation of the same 6 or 7 things for breakfast and even less for lunch and dinner. I was a picky eater as a kid, and even though I eat more veggies these days, I’m still not the most adventurous eater. 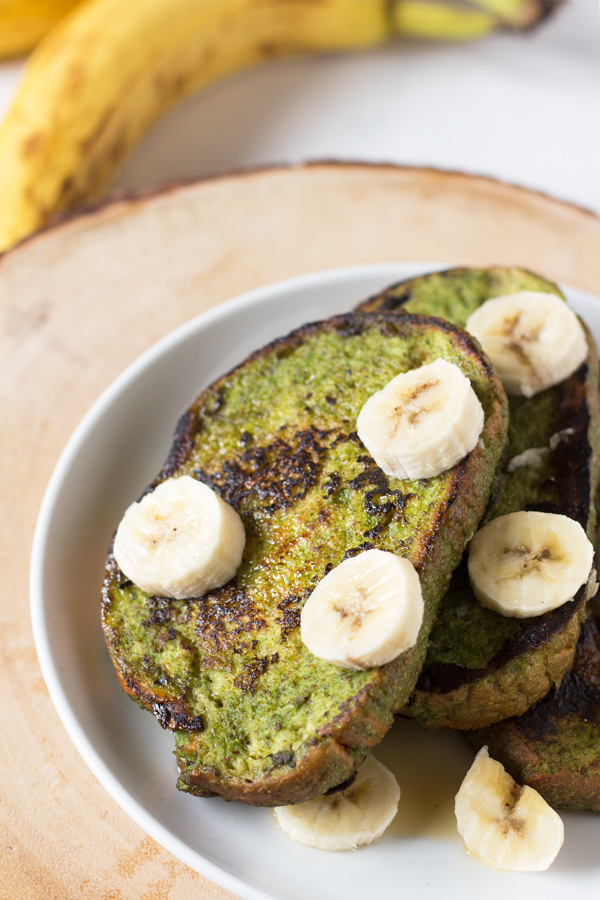 Blogging about food has helped me branch out of my comfort zone a bit and experience more of the food the world has to offer. But there are still days when I just can’t seem to make my brain get creative. So, when recipe inspiration strikes, no matter how crazy it seems, I run with it. Exhibit A: this Green Smoothie Vegan French Toast.

I’m not sure that we really need green french toast in our lives. French toast is supposed to be a decadent breakfast, right up there with pancakes and waffles. But, I already put spinach in everything, from crepes to scones, because I need all the help I can get when it comes to veggie consumption. So I figured, why not green french toast? 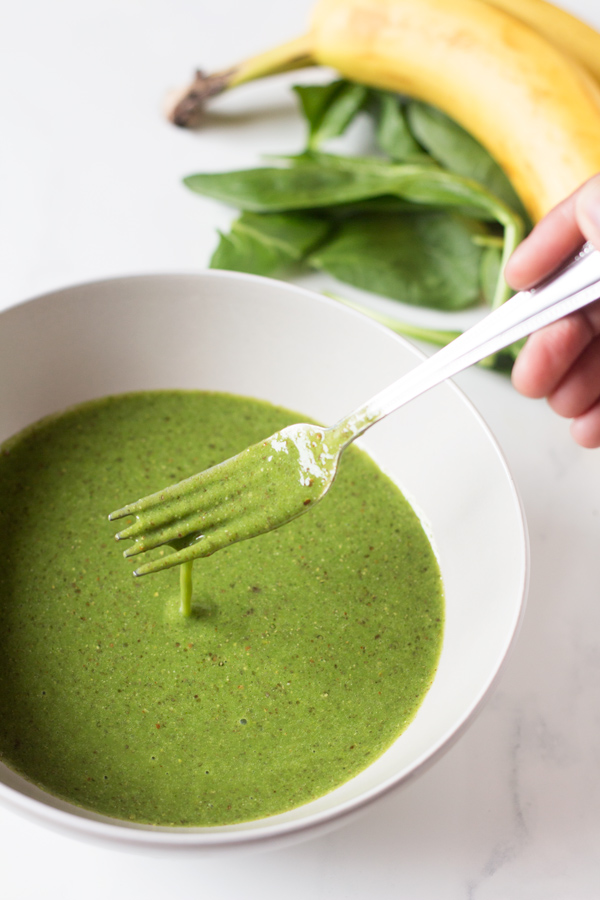 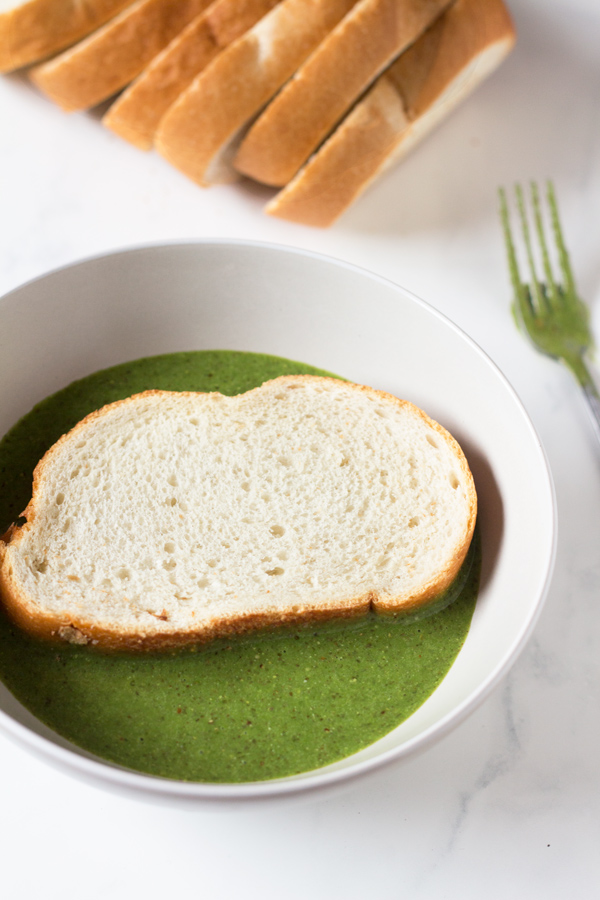 Turns out, green smoothie vegan french toast is 100% feasible and tasty. I don’t really taste the spinach but I could be immune thanks to the frequency with which I put it in all the things.  My roommate, on the other hand, claims he does can tell it’s there. So if you’re not a fan of spinach based smoothies, this one may not be for you.

But if you are game to try it, you won’t be disappointed. Because this green smoothie vegan french toast is crispy on the outside, thanks to the slightly thicker batter, tender on the inside and filled with delicious banana green smoothie flavour. What’s not to love? 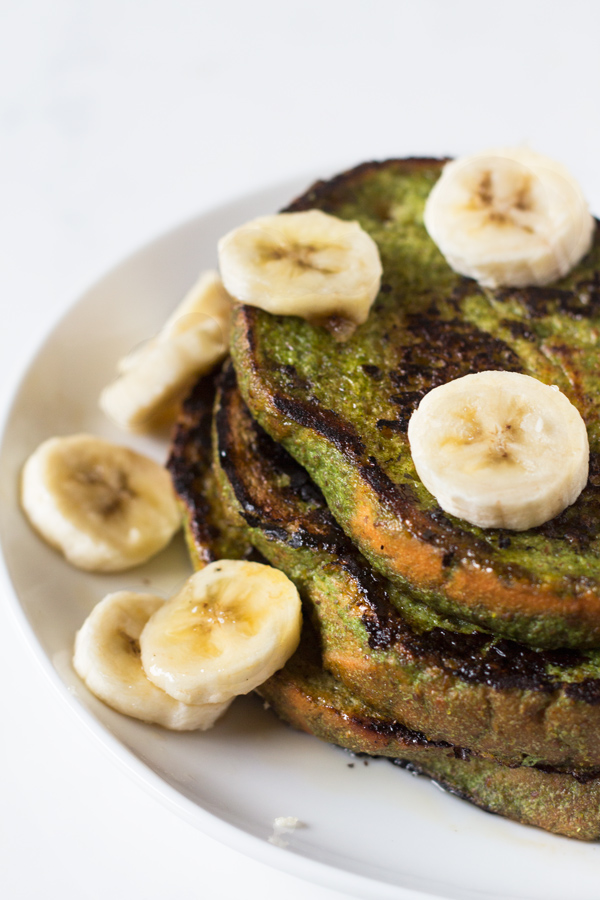 Print
Prep time
10 mins
Cook time
8 mins
Total time
18 mins
This green smoothie vegan french toast is crispy on the outside, tender on the inside and filled with delicious banana green smoothie flavour.
Recipe type: Breakfast
Cuisine: Vegan
Serves: 8
Ingredients
Instructions
Notes
The batter will keep in the fridge overnight, but it will thicken considerably so you will need to add more milk before using again.
Any bread will work as long as it isn't fresh out the oven and can hold up to being dunked/soaked in liquid
3.5.3208

Join the conversation below!