This recipe is about to make history. Well, not actual history that generations to come will study in school. But this is definitely groundbreaking stuff in ExSloth-land. Because today, I’m sharing my first alcoholic beverage on the blog: Cherry Watermelon Margaritas. 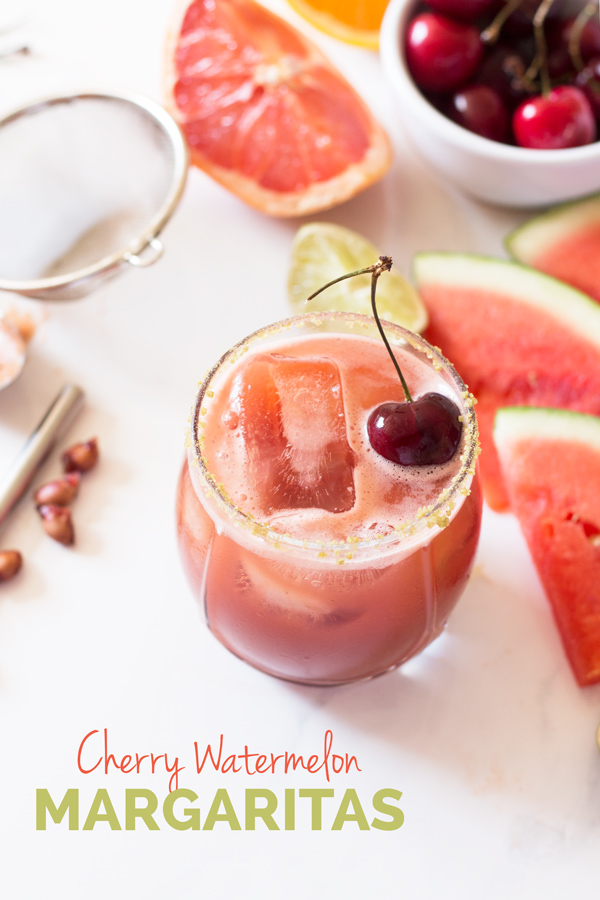 I really can’t believe that I’ve never shared a recipe with alcohol in it before. It’s not that I drink all day every day, but I have been of legal drinking age (in Trinidad and Canada) for over 5 years now, so you’d think at least one alcoholic drink would have made it onto the blog by now.

But honestly, I’m not much of an expert in mixed drinks. Cheap wine from the grocery store is usually as classy as I get when it comes to alcohol. Except when patio season rolls around. 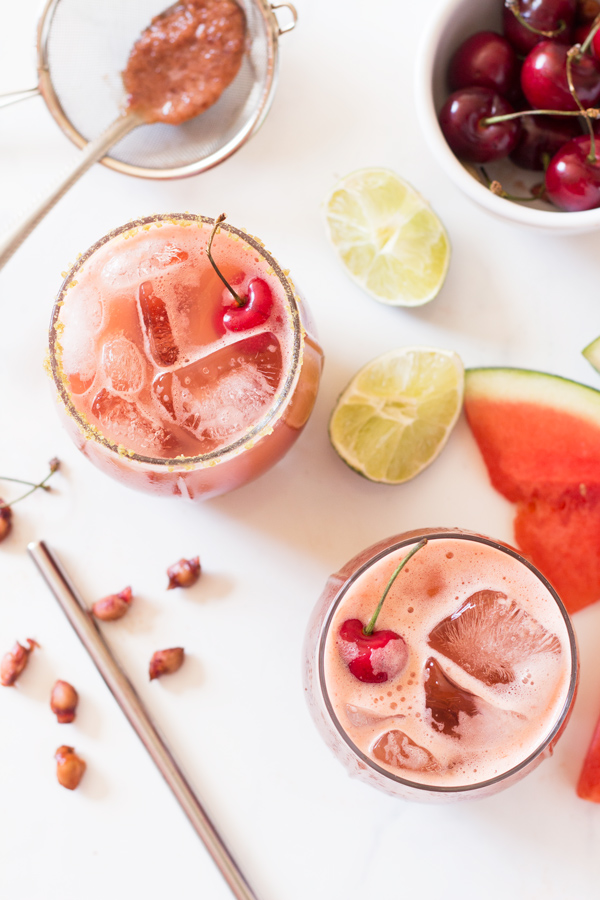 Patio season wasn’t really something I was familiar with before I came to Canada. I’m not sure of its official definition, or if it even has one, but I do know it refers to the practice of eating and drinking outdoors in the summer.

Given that definition, it’s fair to say that it’s always patio season in Trinidad, so it’s not something I really had to consider before moving to a temperate country. But now that I’m here, I have to say I really do look forward to it during out 2ish months of warm weather. 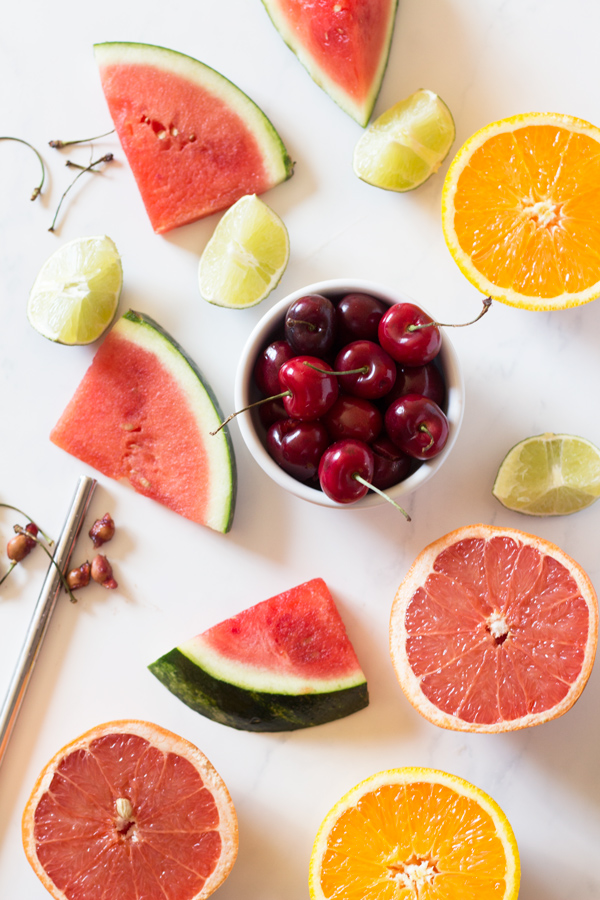 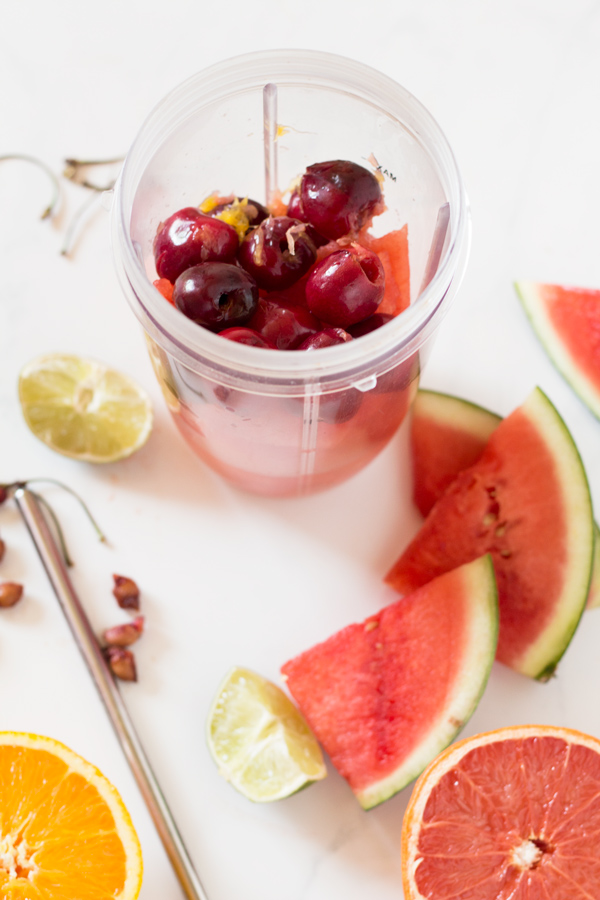 After being cooped up in the house for months on end during the winter, it’s nice to spend as much time as possible outdoors. And if there are a few mixed drinks involved, who am I to argue?

Unfortunately, patio season can get pretty expensive if you’re not careful since mixed drinks aren’t exactly cheap. So this year, I’ve decided to make it my mission to have my patio days at home in the back yard. Sure, it won’t be the Ritz, but I can’t complain, especially if these cherry watermelon margaritas are involved. 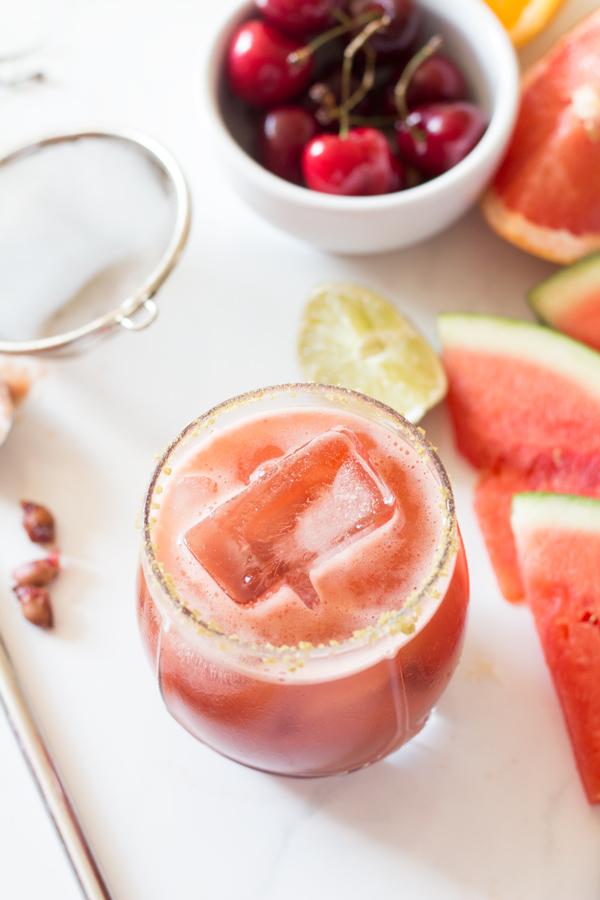 These watermelon margaritas are super simple to make and easily scaled depending on the size of your group. All you need are 4-6 ingredients – most of them fruit – and a blender. Whiz it all together, salt the rim of a few glasses you’re so inclined, pour and garnish with extra fruit. And you’ll be on your way to patio season heaven, on a budget. 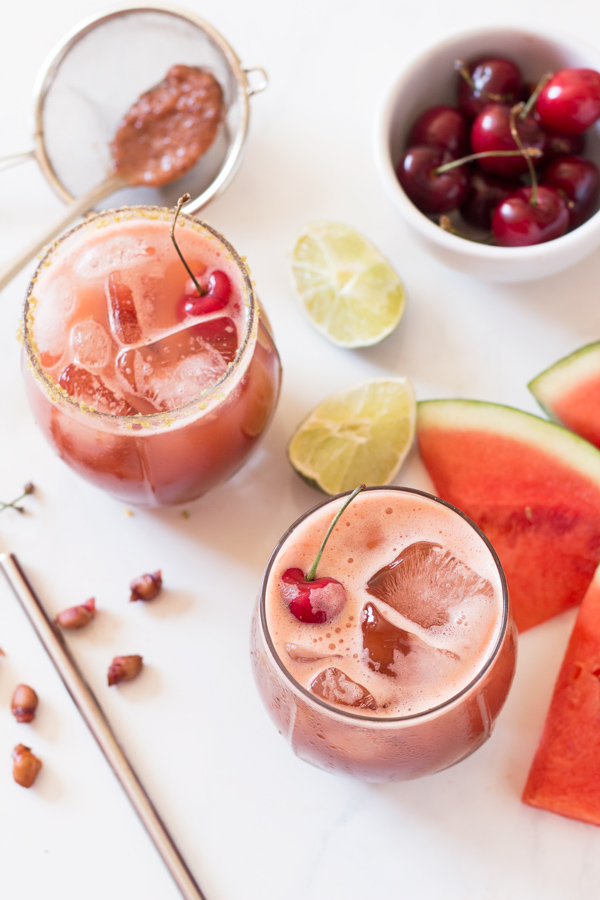 Oh, and if you make these cherry watermelon margaritas, I’d love to hear what you think. Leave a comment and rate the recipe or take a pic and tag it #ExSlothEats on Instagram! 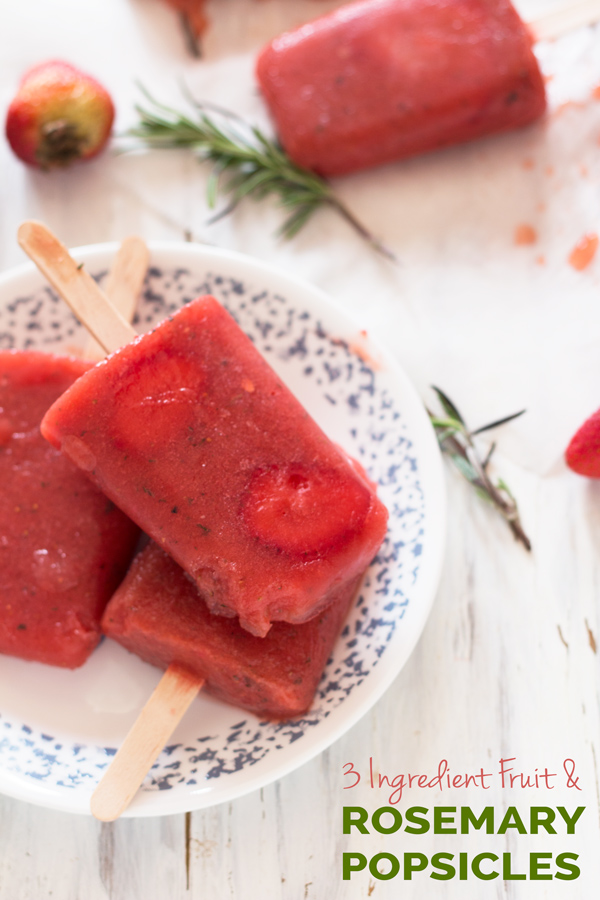