Need something to do with your end of summer fruit? This easy, healthy, 1 bowl blueberry peach vegan banana bread is exactly what you’ve been looking for. 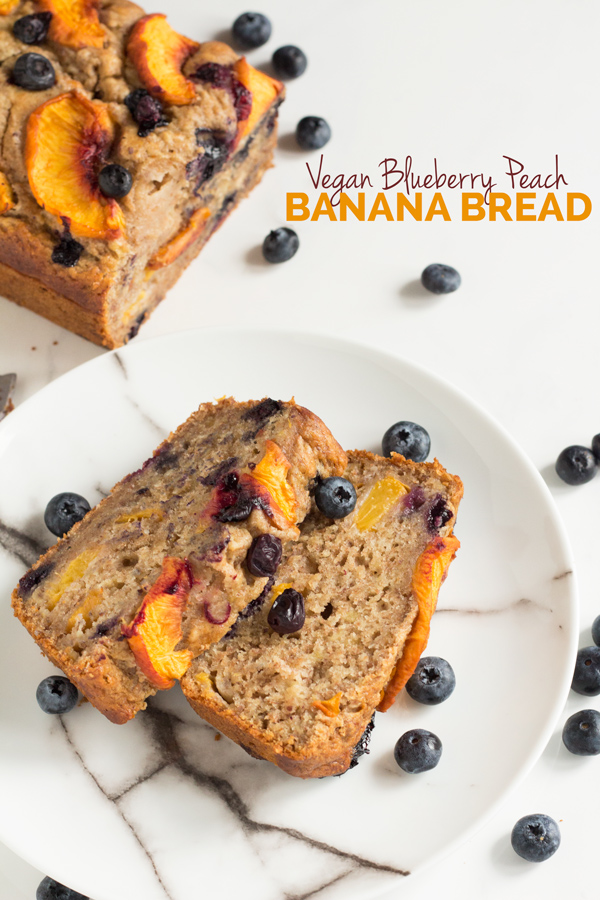 If you follow me on Instagram you’ll have already seen my bountiful Kitchener Market produce haul from a couple weeks ago. Summer is obviously the time to indulge in all the fresh fruit but I may have taken that to the extreme.

I mean, does one person actually need 3 pints of strawberries, 1 pint of blueberries, plus a crap tonne of peaches, tomatoes, greens and other assorted fruits? NOPE. But there were so many great deals that I just couldn’t say no. Hashtag logic.

Luckily, I got bit by the baking bug this week and decided to try my hand at vegan banana bread, which helped me use up the bananas, plus some peaches and bluebs. 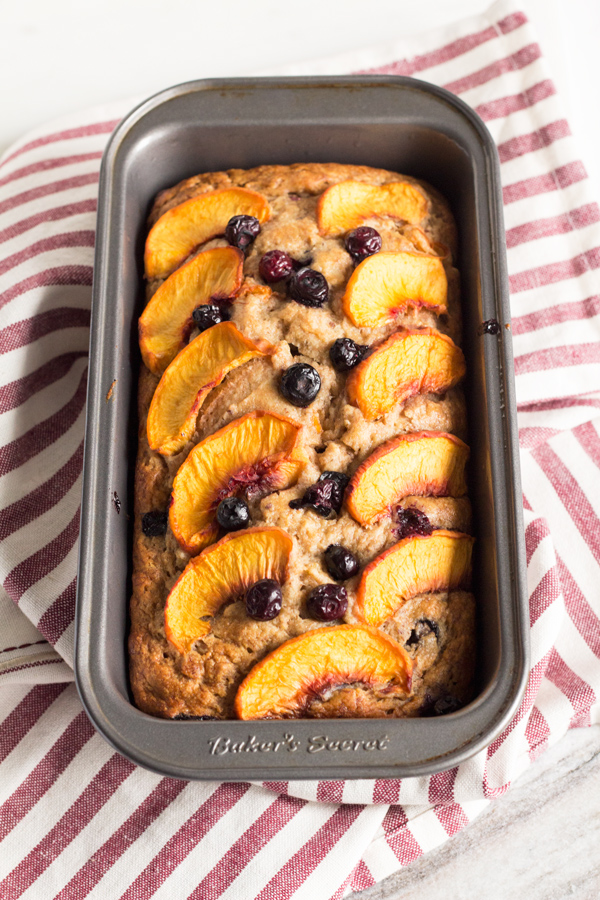 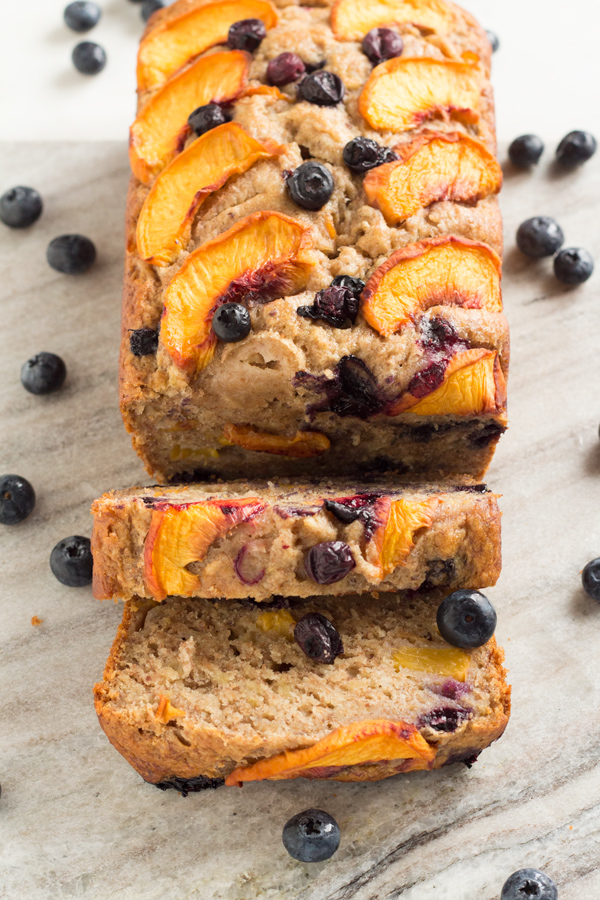 I have a bit of an obsession with fruit and veggie based breads and muffins and I’ve been meaning to add a vegan banana bread recipe to my ‘collection’ for a while.

The last time I shared banana bread on the blog was way back in 2014 and it definitely wasn’t vegan. My pictures of said loaf also left a lot to be desired. Cringe Alert. 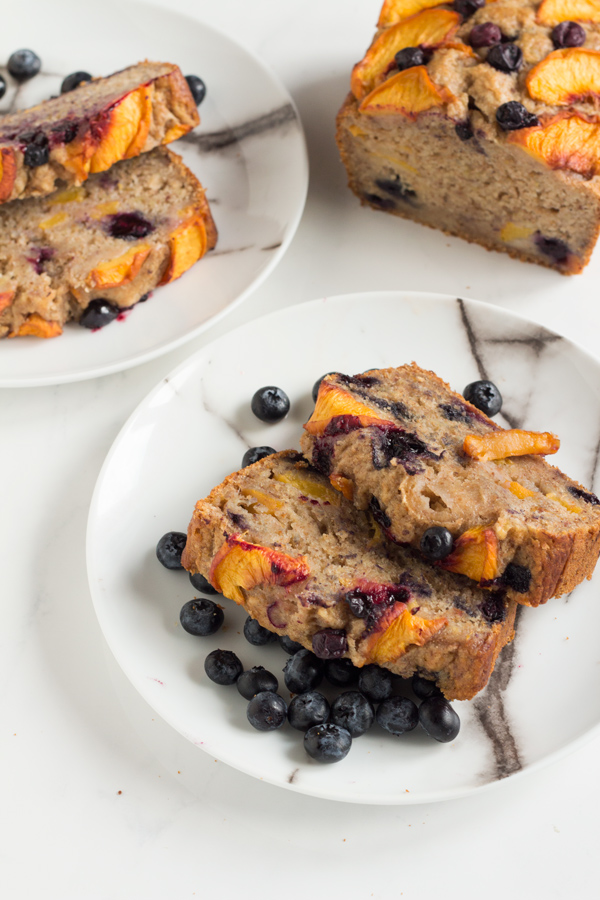 Luckily, this blueberry peach vegan banana bread is both pretty and yummy AF. There’s not a lot of added sugar in the batter so the fruit really gets a chance to shine. And despite being vegan and made with spelt flour, the banana bread isn’t sappy at all; just the perfect combination of cakey and moist.

Basically it’s everything you’ll ever want in a vegan banana bread and this one gets extra points because it’s non-vegan approved and you can make it in just one bowl. Less cleanup FTW. 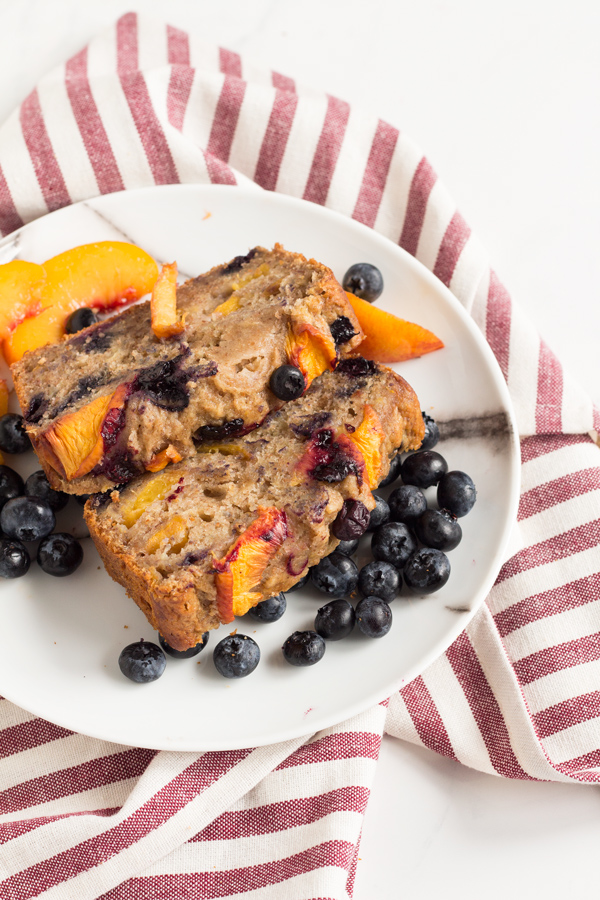 If you make this vegan banana bread, I’d love to hear what you think. Leave a comment and rate the recipe or take a pic and tag it @ExSloth on Instagram!

Let me know in the comments what your favourite banana bread mixins are. I usually love adding cocoa powder or chocolate chips to mine, but peaches and bluebs may have just moved into first place. 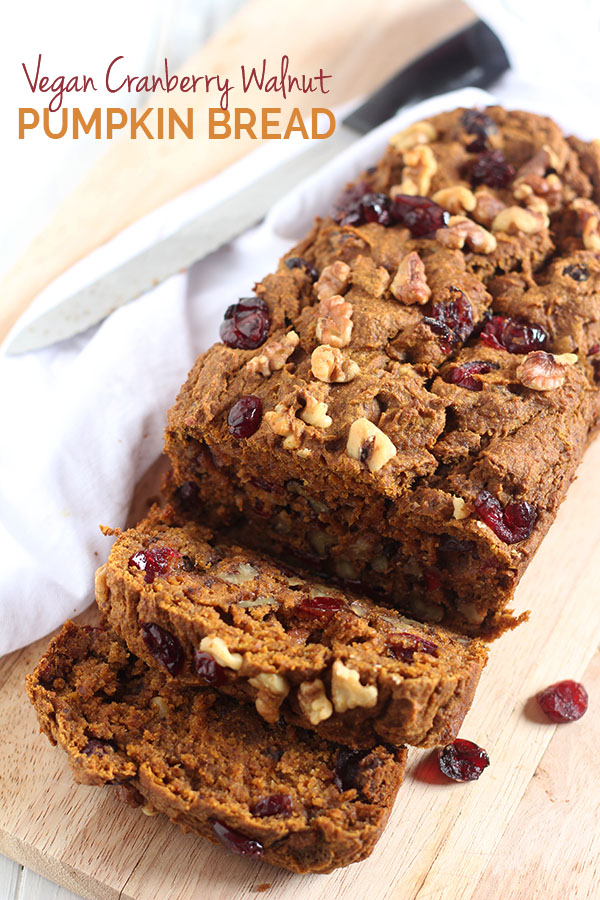 Liked this vegan banana bread recipe? Pin it for later: