After taking an unscheduled break from all things ice cream last weekend, we’re back with another #IceCreamSundays special. And although I’m pretty sure I say this every week, this recipe is probably my favourite so far. Why? Five words: Vegan S’mores Ice Cream Cupcakes. 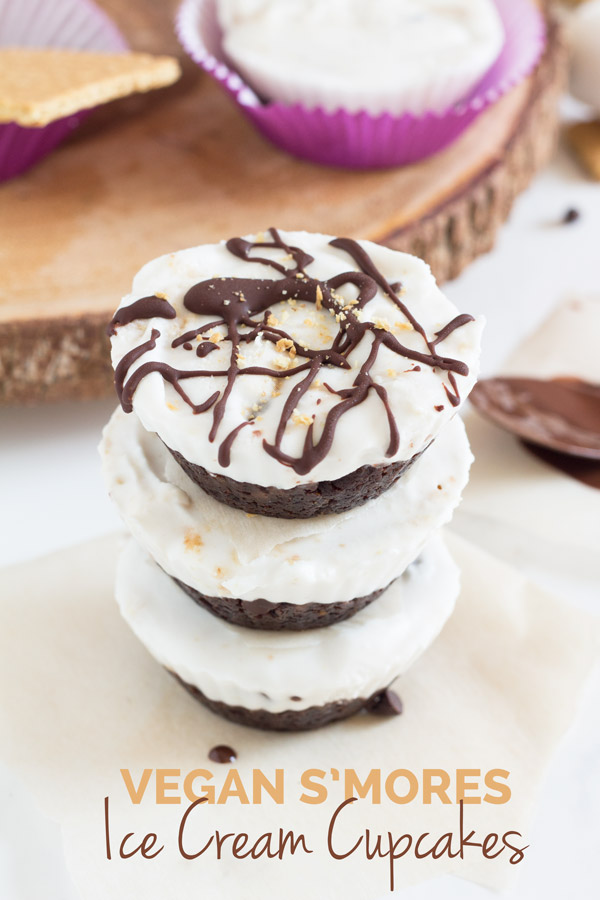 Before we get into the epicness that are these vegan s’more ice cream cupcakes, can we take a second to chat about the downsides of this little ice cream Sundays project of mine?

I know what you’re thinking. There can’t possibly be any cons to doing this series. And ordinarily, I’d agree with you. If I wasn’t currently running out of freezer space.

The popsicles are all gone, thankfully, but I’ve still got half a pint of cherry chocolate ice cream, a plethora of frozen bananas and literal blocks of frozen nice cream hanging out in my freezer. 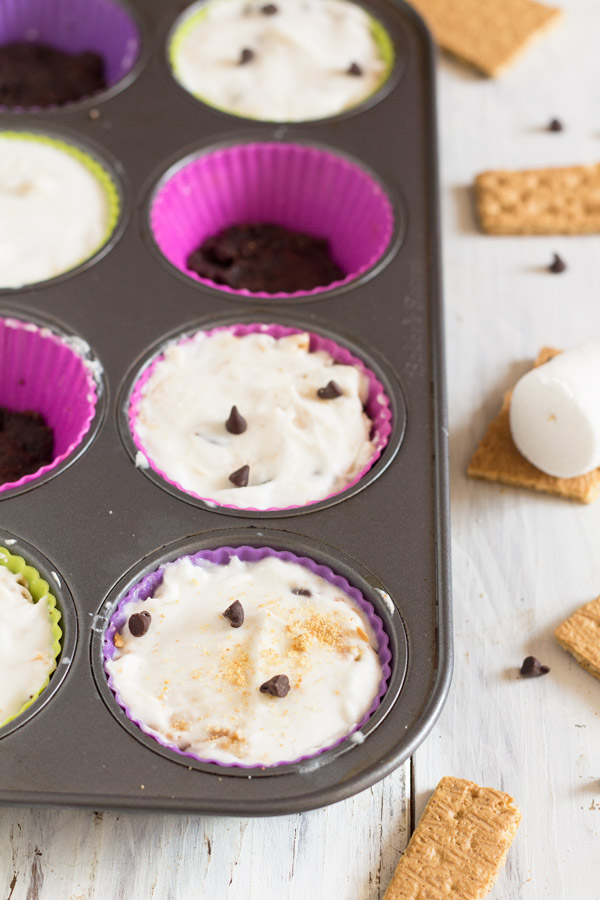 Oh, and if you were wondering, the fridge itself isn’t safe either because I have like 10 cans of coconut milk chilling in there at any given point in time.

Send. Help. I’ll be the one sobbing into a full freezer while trying to cram these vegan s’mores ice cream cupcakes in there.

Annnndddd, now that I’ve gotten that off my chest, let’s get into the recipe. 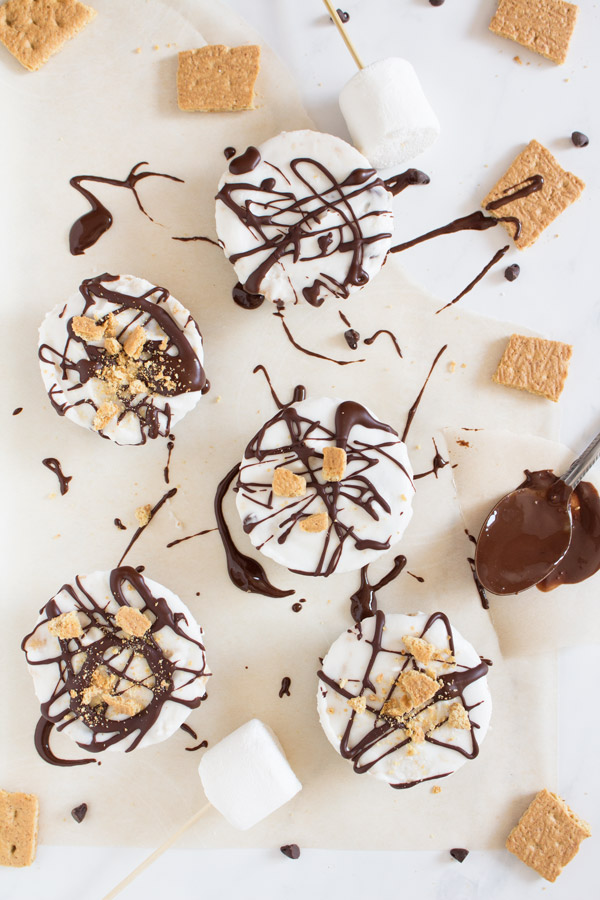 With BBQ season in full swing and my IG feed blowing up with s’mores because of the 4th of July, I figured it was high time I tried my hand at some vegan s’mores action. And naturally, I decided to go with vegan s’mores ice cream cupcakes.

There are 3 parts to this recipe:

First, the brownie/cupcake layer: I used my two-bite brownies but you should be able to use any brownie or chocolate cake recipe here. A no-bake one would probably work really well.

Next, the marshmallow fluff: I got the idea for this from Alexa over at Fooduzzi. She shared a vegan s’mores recipe last week and replaced marshmallows with vegan marshmallow fluff made from aquafaba a.k.a the liquid in a can of chickpeas. Sounds strange, I know. But although it takes some elbow grease, that ish really works. 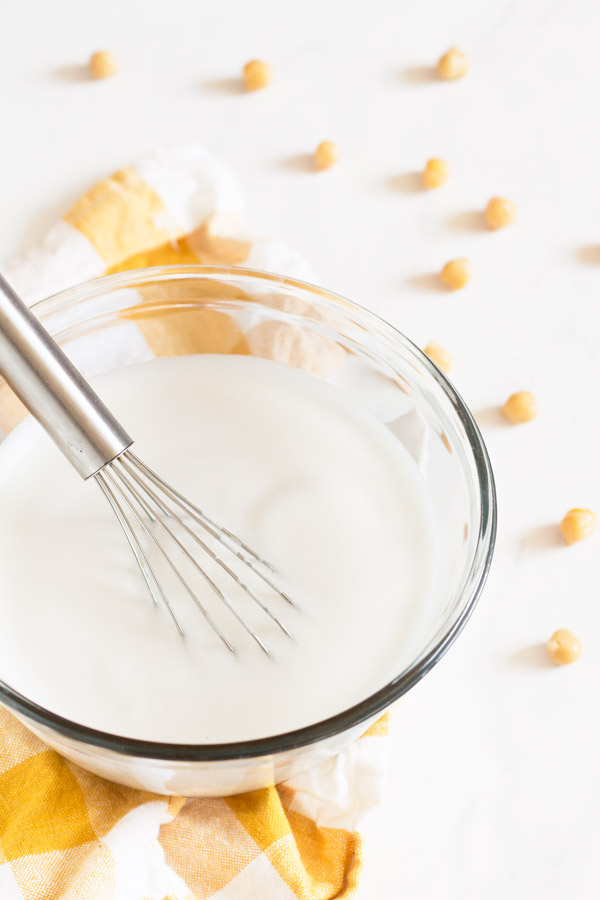 And finally, the vegan s’mores ice cream: I used my basic no-churn vegan ice cream recipe here but I added in marshmallow fluff, graham crackers and chocolate chips instead of cocoa powder and cherries. 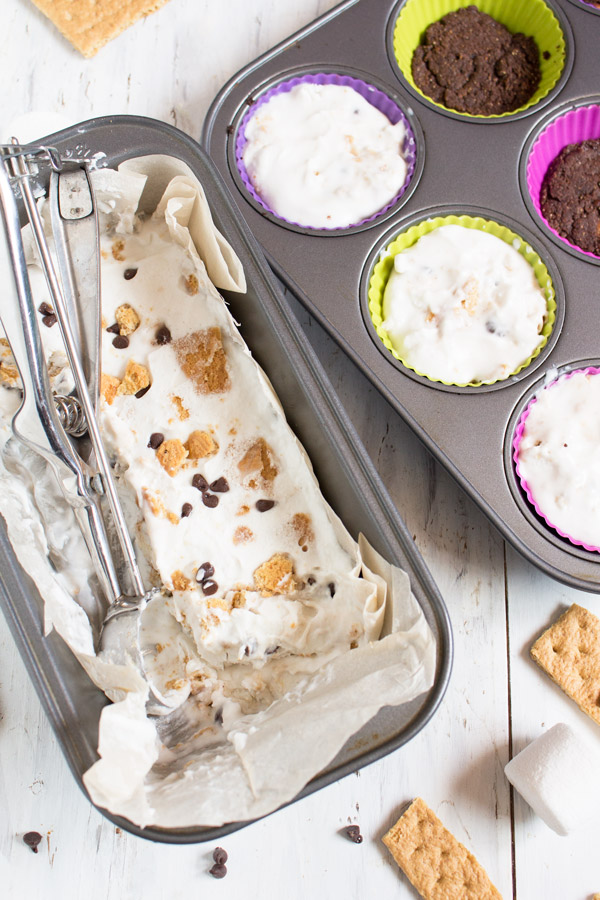 Now, you just have to assemble the ice cream cupcakes, freeze to set and top with melted chocolate, extra marshmallow fluff and graham cracker pieces.

These melt fairly quickly, so you have to eat them fast. But that’s a small price to pay for vegan s’mores ice cream cupcakes that are decadently sweet, perfectly chocolatey and studded with crunchy graham crackers. Bonus points cuz they don’t require store-bought vegan marshmallows or a campfire.

Something tells me I’ll be clearing up that freezer space rullll soon. 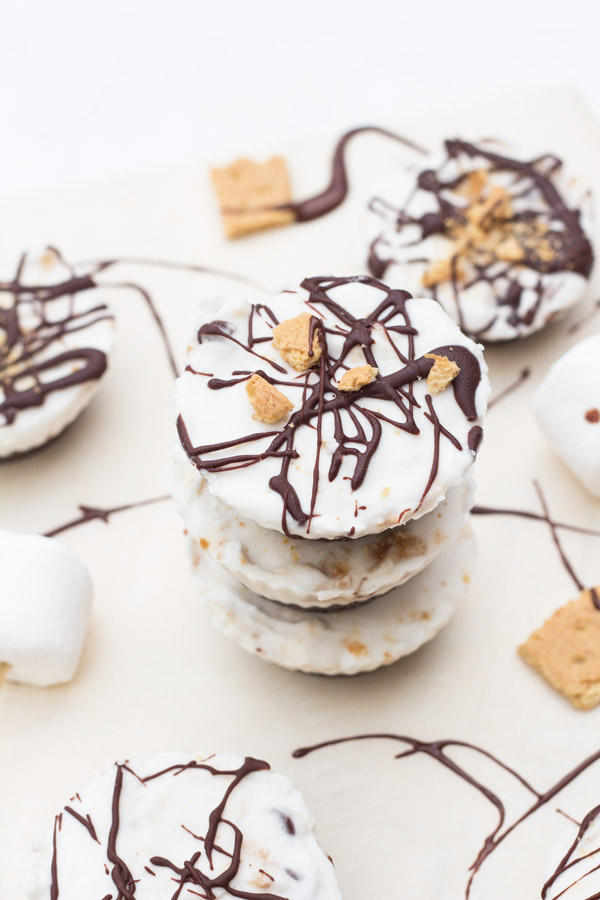 If you make these vegan s’mores ice cream cupcakes, I’d love to hear what you think after trying it. Leave a comment and rate the recipe or take a pic and tag me @ExSloth on Instagram!

Print
Prep time
30 mins
Cook time
6 hours
Total time
6 hours 30 mins
These vegan s'mores ice cream cupcakes are sweet, chocolatey and studded with crunchy graham crackers. No need for vegan marshmallows or a campfire.
Author: GiselleR @ ExSloth.com
Recipe type: Dessert
Cuisine: vegan
Serves: 12
Ingredients
For the brownie/cupcake layer:*
For the vegan marshmallow fluff:
For the s'mores ice cream:
Instructions
For the vegan marshmallow fluff:**
For the vegan s'mores ice cream:
For the brownie/cupcake layer:
To assemble the ice cream sandwiches:
Notes
*I used my two-bite brownies for the brownie/cupcake layer but any brownie or cupcake recipe should work
**The marshmallow fluff will separate if left to stand for too long so use immediately after making. You can store any leftovers in an airtight container in the fridge and rewhip whenever you need more.
***I made my s'mores ice cream the night before making the cupcakes but you're pressed for time you can prep the ice cream base while the cupcakes are in the oven and store in the fridge while you wait for the cupcakes to cool. Then top each cupcake with the liquid ice cream base and freeze until solid. Just note that it will take a bit longer to set.
****I highly recommend using silicone liners as the ice cream can stick to the paper ones while freezing
3.5.3208 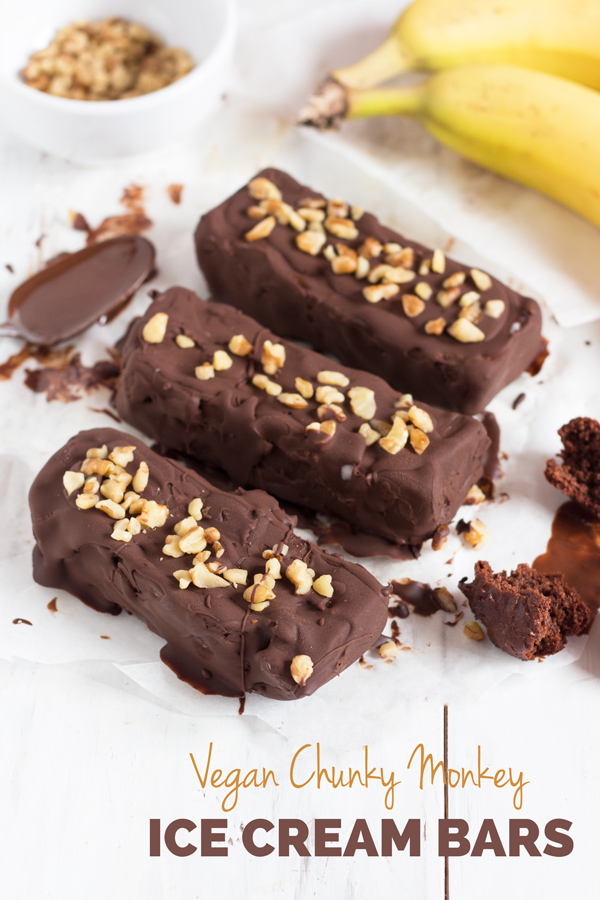