Remember golden milk? That ‘next-best-thing’ that’s already so last month? Well, I’m not over it yet. And I don’t think I ever will be. I honestly can’t get enough of the cold-fighting, immune-boosting yellow goodness that is turmeric. Which is why I put it in all the things these days. Including these vegan coconut ginger golden milk scones. 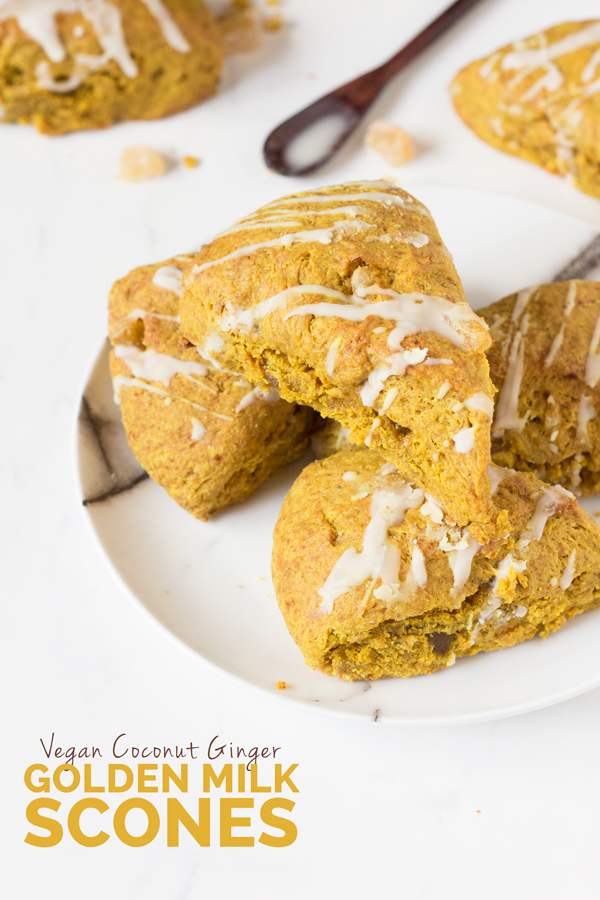 Want to know something odd? These scones actually started off as granola. And by that I mean I’d originally planned to share a recipe for golden milk granola with you today.

But when I woke a few days ago and found Ashley’s amazing banana bread scones gracing my IG feed, all thoughts of making granola went out the window. And the idea for these coconut ginger golden milk scones was born. 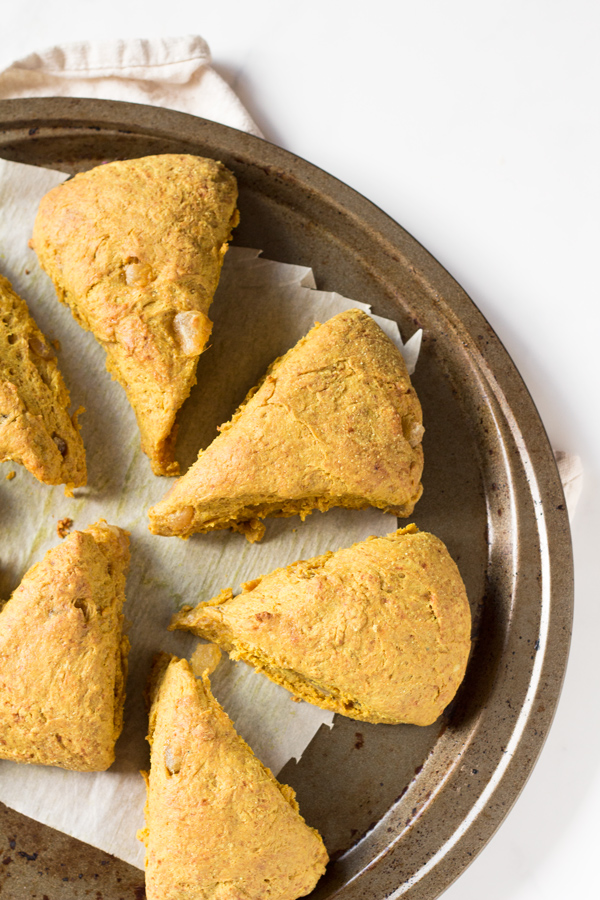 Can we take a second to talk about scones vs biscuits? Prior to this year, if you asked me to pick, I’d choose biscuits every time. Who can resist a good flakey,  coconut oil biscuit for breakfast?

But then my eyes were opened to the world of scones and I was a goner. Same amazing texture but with all the flavours and mixings? Sold. Plus, they’re triangles instead of regular old circles, which shouldn’t matter but totally does. #priorities.

All this to say, that these vegan golden milk scones are my new favourites for breakfast and brunch. Sorry drop biscuits. 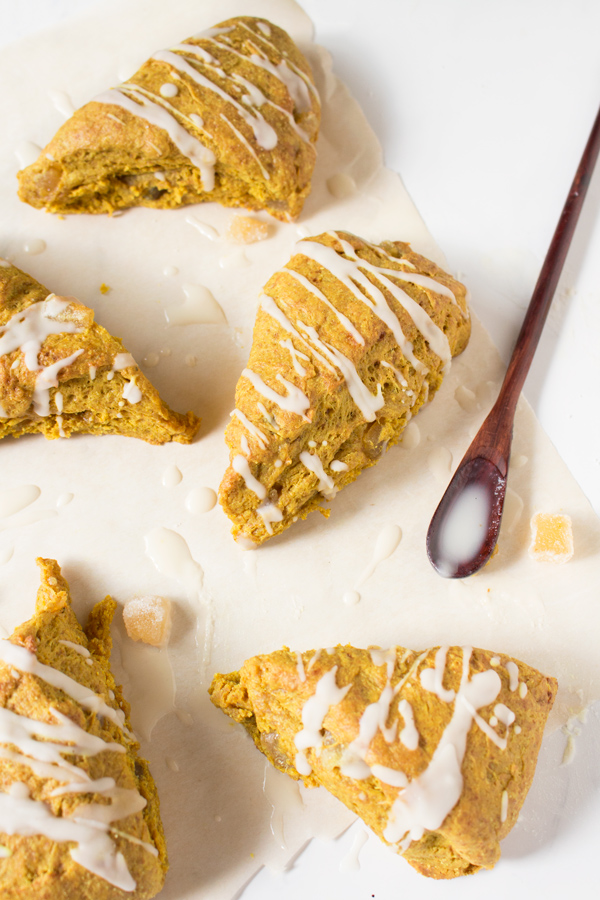 Despite what a lot of people think, scones are actually really easy to whip up. They do take since advance prep since you need to refrigerate your coconut oil ahead of time. But apart from that all you have to do is: 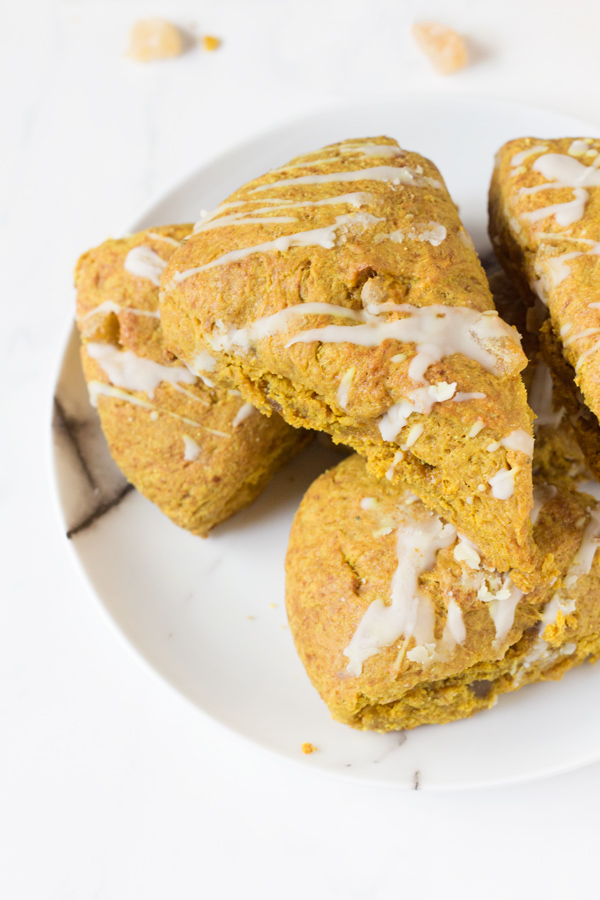 Then you’re left with flakey, vegan coconut ginger golden milk scones that are perfectly sweet and subtly spiced, with a slight kick thanks to the ginger.

Oh and don’t forget the optional (but not really) coconut butter drizzle. It elevates these scones to a whole other level that you need to get on ASAP. 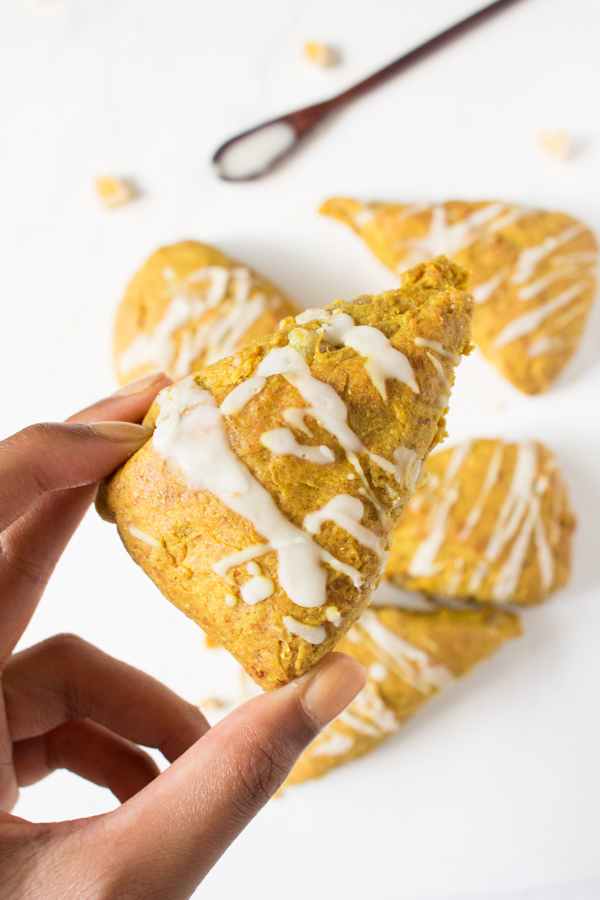 If you make these golden milk scones, I’d love to hear what you think. Leave a comment and rate the recipe below or take a pic and tag me @ExSloth on Instagram!

Want more golden milk recipes? Try this one next: 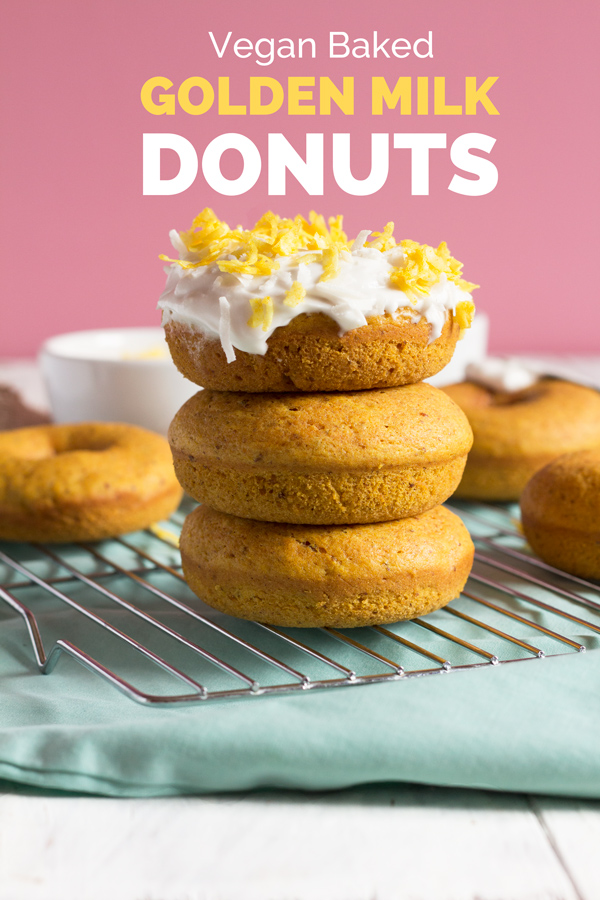