I had all intentions of sharing some sort of salad recipe today. It’s the beginning of January and eating more veggies is one of my healthy living resolutions. So it stands to reason that there’d be a lot of salads in my life and on the blog. Unfortunately, I’m pretty crap at coming up with creative salad recipes. Which is why you’re seeing these Green Eggless Banana Muffins instead. 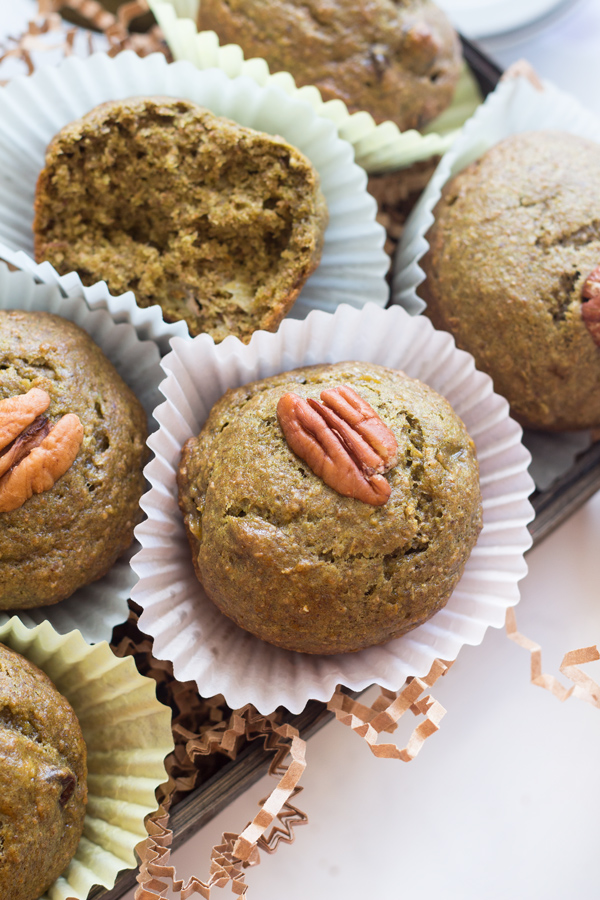 Technically, these are vegan, since they’re also dairy-free. But I’ve been working on replacing eggs in my baked goods and this is the first eggless muffin recipe that actually worked out the way I wanted it to. So I decided to celebrate by adding ‘eggless’ to the title. What can I say? Little things like that bring me joy.

You know what else brings me joy? Finally getting it right with these eggless banana muffins. The previous iterations of the recipe actually had nothing to do with spinach or bananas. They were supposed to be red velvet muffins made with beets. Unfortunately, I just wasn’t getting the texture or colour I was looking for so I scrapped them. Maybe one day I can figure that one out. 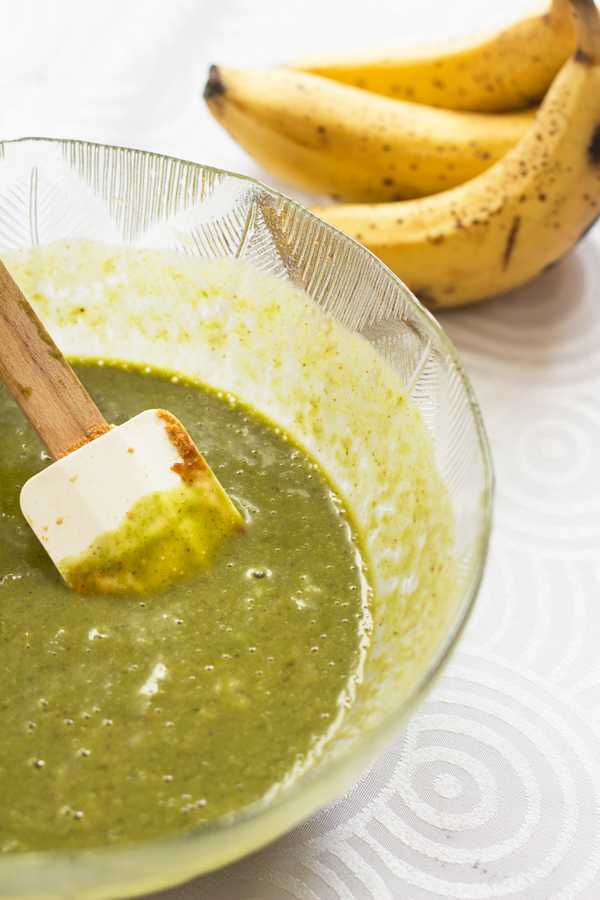 These, though are everything I was looking for in a batch of eggless muffins. They remind me a lot of the Cranberry Pecan Sweet Potato Muffins I made last year, and not because of the pecans on top. These eggless banana muffins have the exact same texture as the sweet potato muffins despite being egg-free.

And, to top it all off, they’ve got spinach in them. Yep, spinach. I bought a giant bag of spinach for smoothies when I got back to Trinidad. I had high hopes I’d use it all, but there are only so many green smoothies I can drink. Especially when I also have two bags of frozen berries to get through by next Friday. 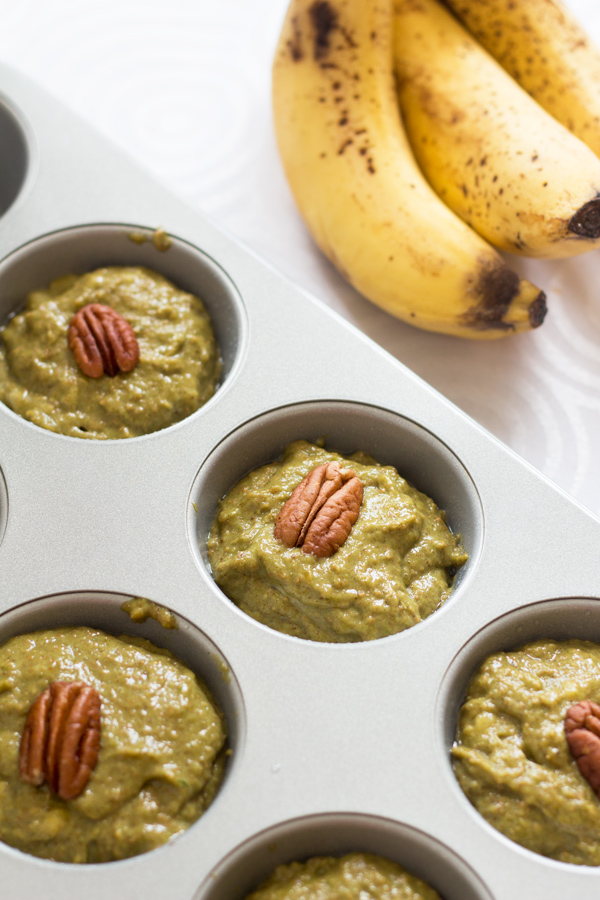 I was going to use some of the spinach to whip up a batch of my Gluten Free Spinach Crepes. But at the last minute, I decided to give green muffins a try instead and I’m so damn glad I did.

These muffins are dense but not heavy, just a little less airy than a cake. Plus, they’re dairy-free, refined sugar-free, filled with spinach and use spelt flour instead of traditional wheat flour. Basically, they’re the perfect healthy sweet treat in the form of green eggless banana muffins. 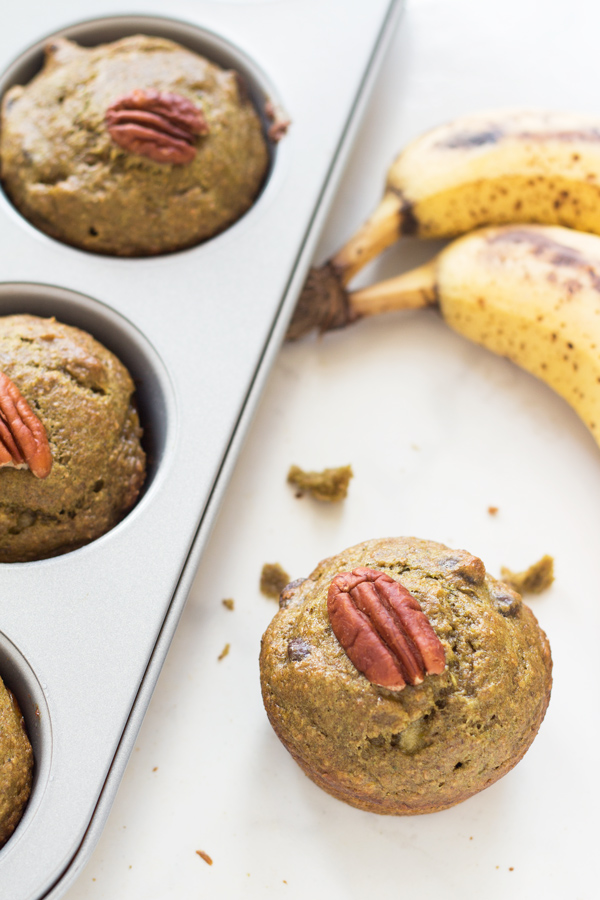 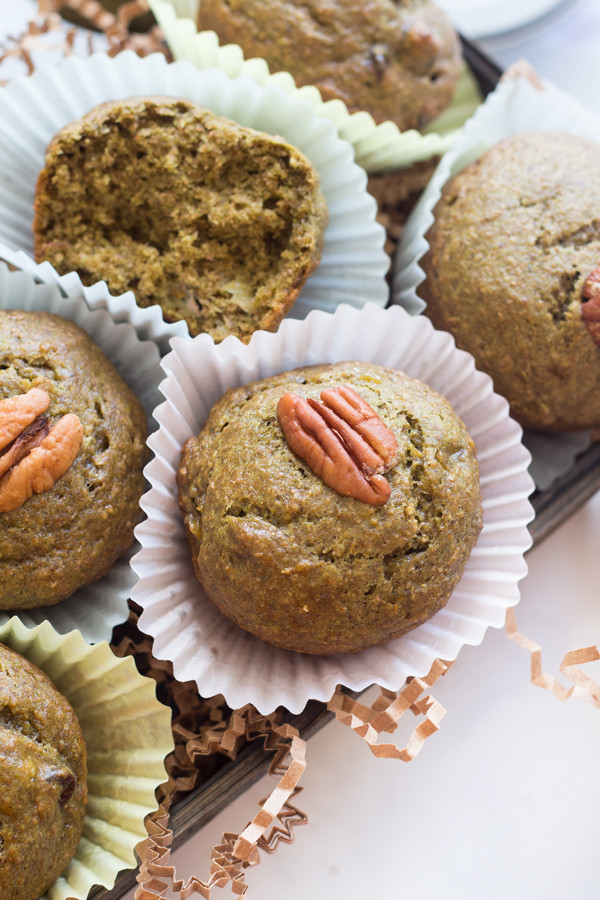 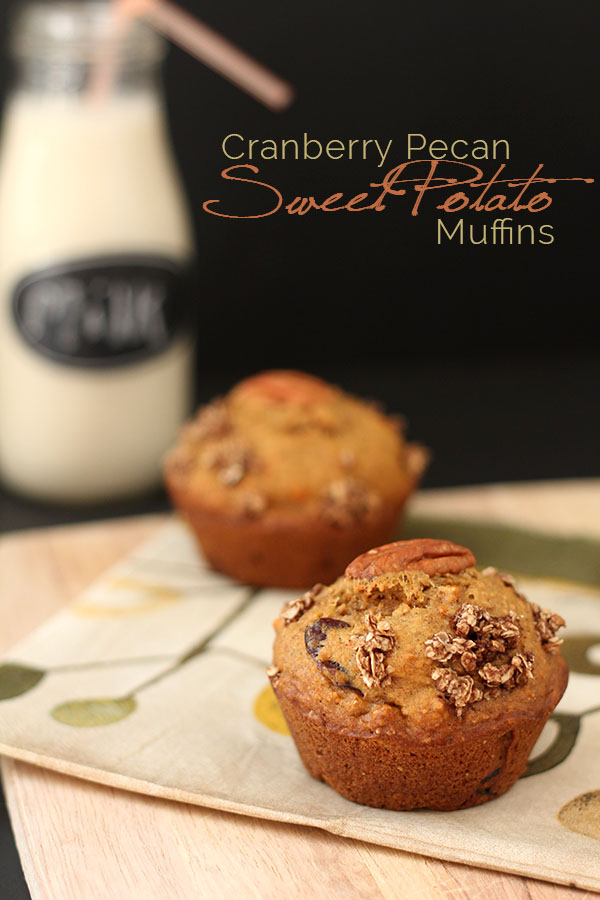 Liked this recipe? Pin it for later