Even though it’s getting warmer by the second, I’ve been baking up a storm recently. I bake when I’m stressed and I’ve been pretty stressed lately thanks to the quarter life crisis I’m currently in the middle of. More on that later. Maybe. But first, let’s talk about these Gluten-Free Blueberry Banana Scones with Blueberry Black Tea Glaze. 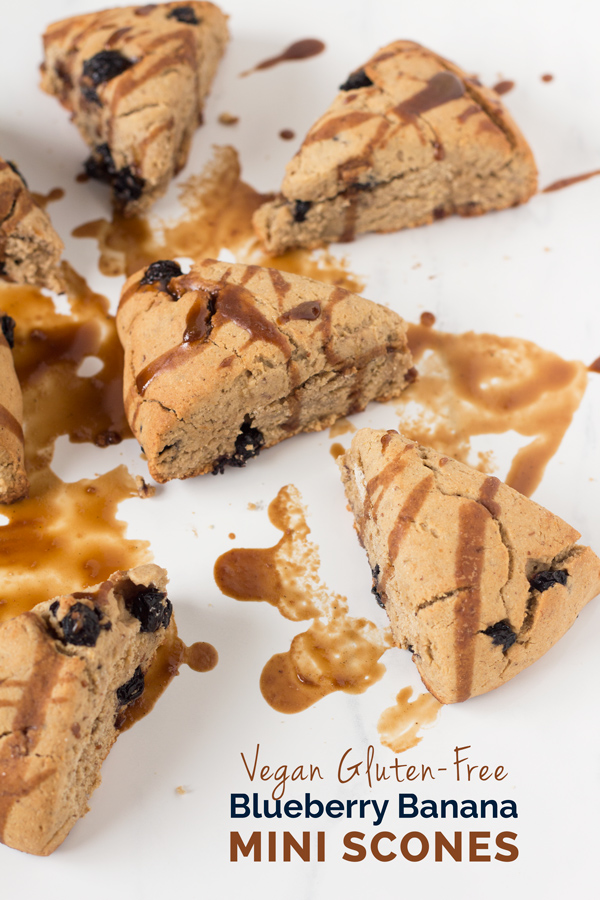 Late last month, I signed up to be part of a recipe challenge through Progressive Nectar. I really had no idea what I was in for but I’ve been following them on Instagram for a while and it sounded cool so I decided to give it a try. As part of the challenge, I got sent a box filled with new-to-me ingredients, grouped in threes, that I had to use to come up with new recipes.

The first three ingredients were a gluten free flour blend, dried blueberries, and blueberry black tea, which I used to come up with these gluten-free blueberry banana scones. 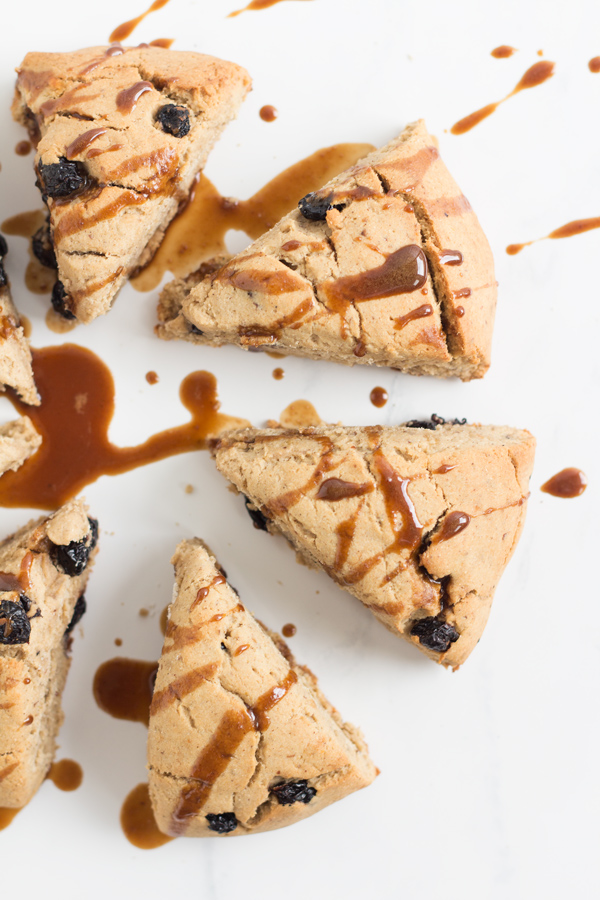 I to admit that this challenge was HARD, especially since I really haven’t experimented much with gluten-free baking, apart from these brownie cookies. I tested these scones 5 or 6 different times, three of them yesterday, before I finally found a variation I was happy with.

I still have a long way to go before I’m comfortable with gluten-free baking, but I’m pretty happy with how these turned out. The blueberry banana scones have a nice crust on the outside but are soft and moist on the inside. They’re also sweet without being overpowering, which makes them perfect for breakfast with a cup of coffee or tea. 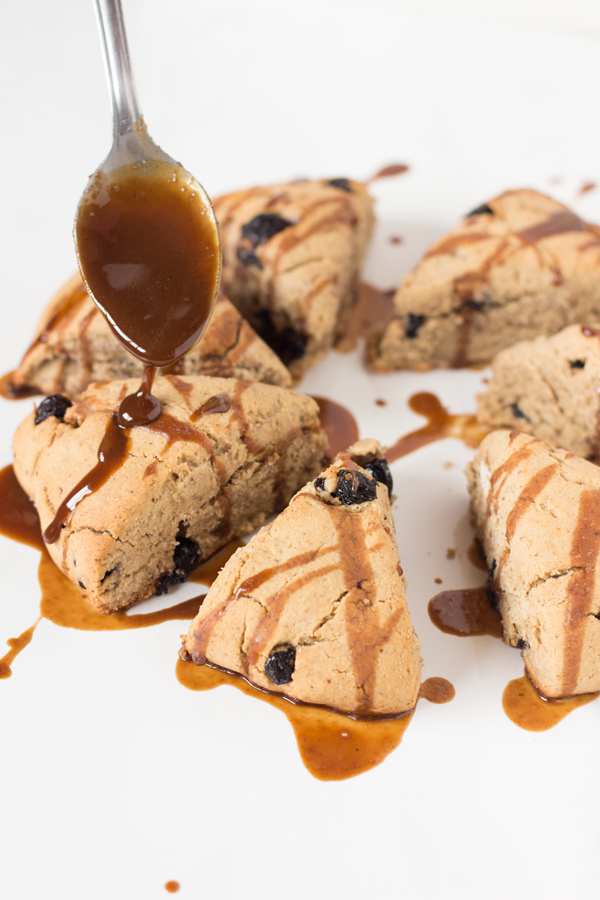 If you’re a fan of this recipe, I’d love it if you could head over to Progressive Nectar and vote for me. If my photo gets the most likes I win a prize & you have a chance to win too.

Here’s how to vote: 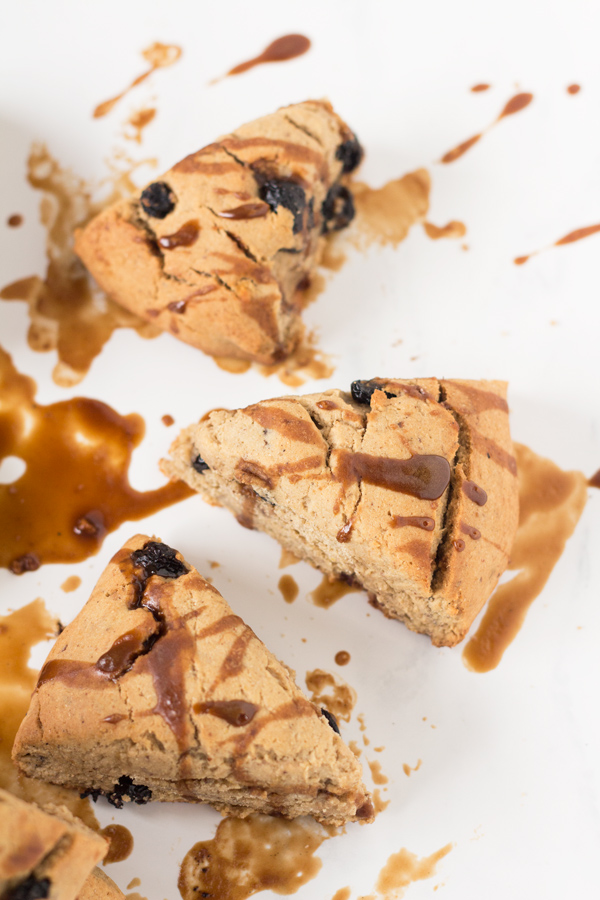 Oh, and if you make these scones, these cookies, I’d love to hear what you think. Leave a comment and rate the recipe or take a pic and tag it #ExSlothEats on Instagram! 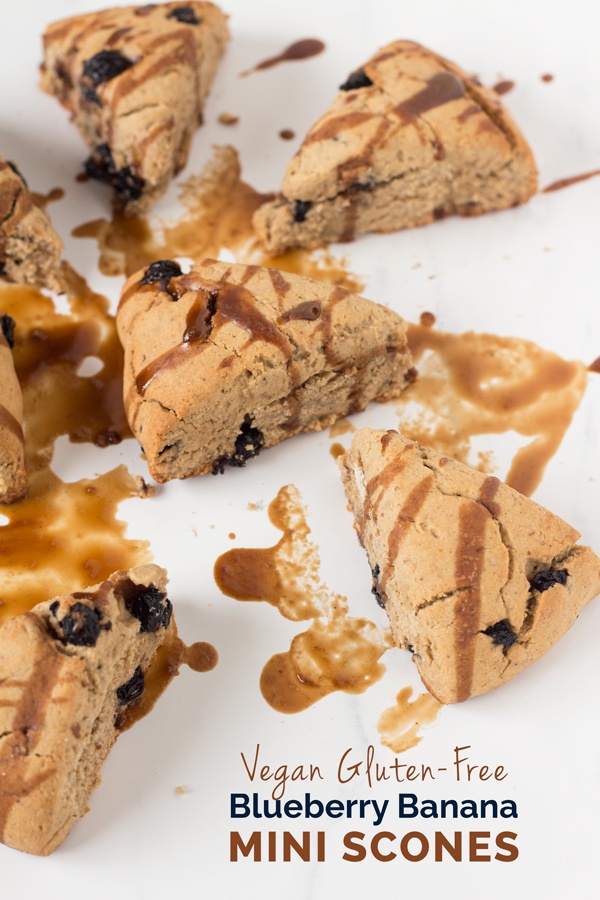 Print
Prep time
10 mins
Cook time
20 mins
Total time
30 mins
These gluten-free blueberry banana scones are perfectly sweet and have a nice crust on the outside but are soft and moist on the inside.
Author: GiselleR @ Diary of an ExSloth
Recipe type: Breakfast
Cuisine: Vegan, Gluten-Free
Serves: 8 mini scones
Ingredients
For the glaze:
Instructions
For the glaze:
Notes
*Use a blend that measures cup for cup with regular flour
3.5.3208 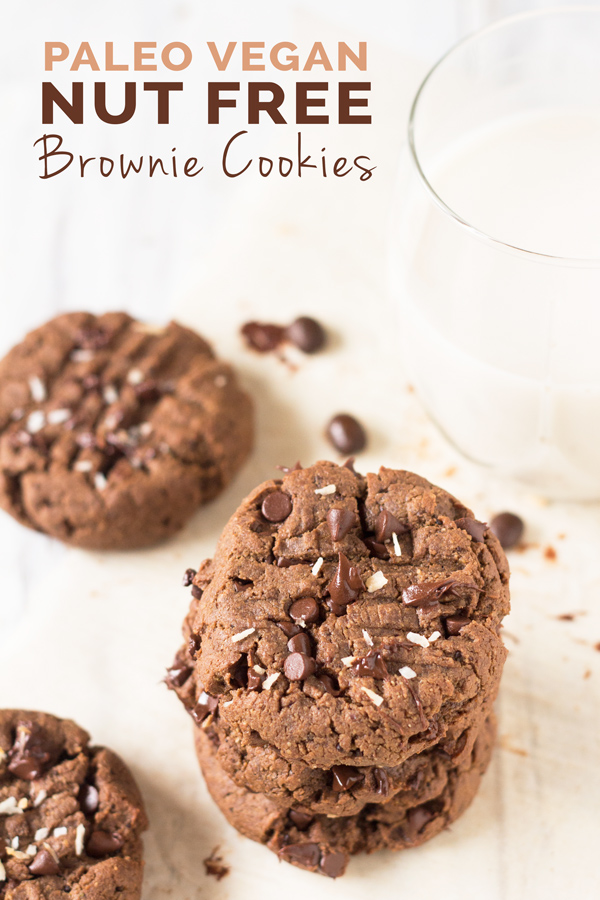 Liked this recipe? Scroll over the image below to pin it for later!