Spoiler Alert: This is the first legit salad recipe I’ve posted on the blog. I know, I of kind suck at healthy food blogging. But I’ve honestly never had a salad I needed to share with you. Until now, that is. So, without further ado, I give you this Spinach Almond Falafel Salad with Vegan Garlic Mayo Dressing. 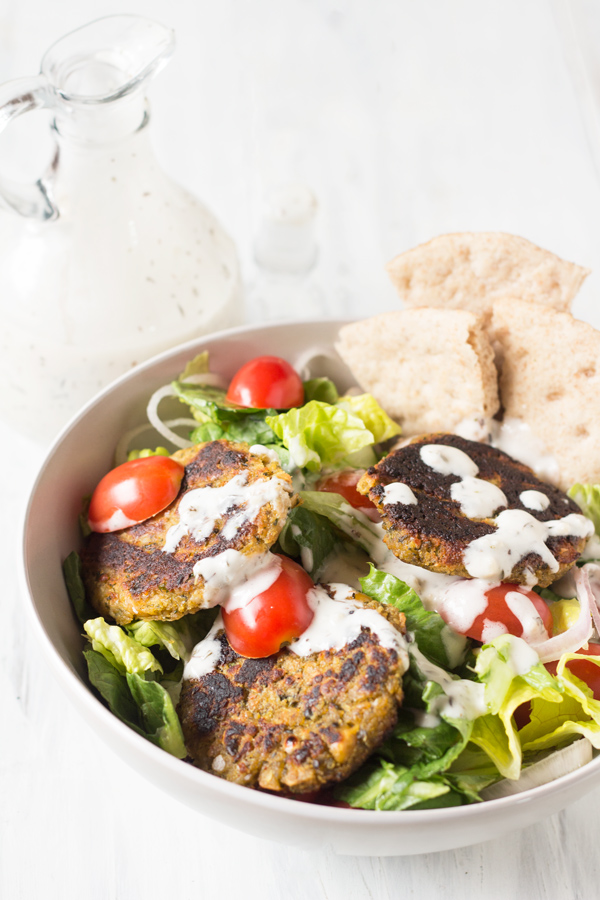 I’ll admit, salads aren’t my favourite, but I’ve been having this one at least 4 times a week for the last couple weeks. It all started when Christina posted this supergreen superfood falafel recipe a few months back. I was still in Trinidad then so I immediately went to the nearest Arabic restaurant and ordered a falafel wrap.

Unfortunately, they were out of pitas but they had actual falafels so they offered me a salad instead. I was a bit skeptical at first because, you know, salads. Meh. But my falafel craving was too real to ignore so I just went with it. And I’m so glad I did. Cuz I enjoyed that falafel salad so much, I had to recreate it. 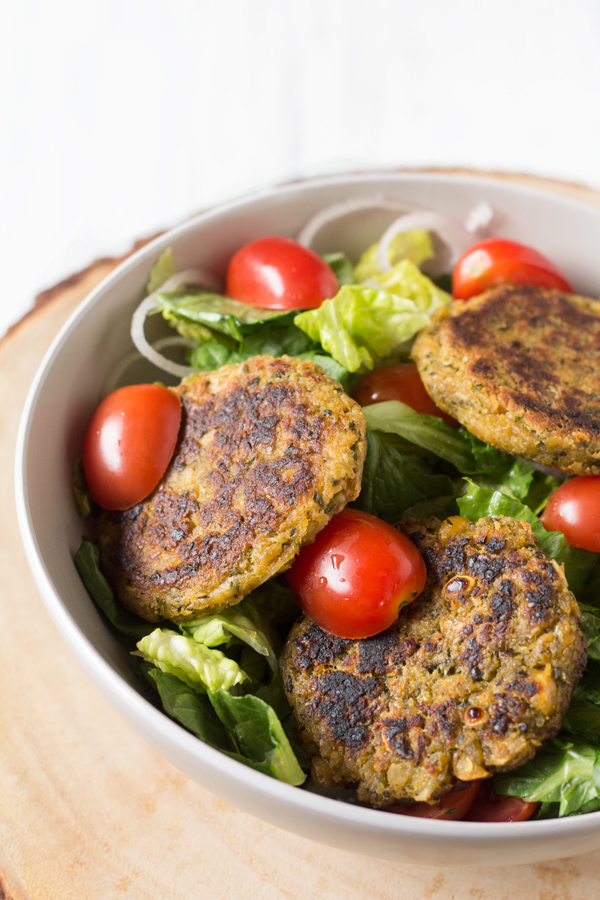 I’d never made falafel at home before so it took a couple tries for me to nail down the process. Which is why I’ve been having this salad noon and night for the last two weeks. Not that I’m complaining.

Instead of going for traditional falafel, I took a page out of Christina’s book and added some veggies to the mix. I went with spinach for the final recipe, but I tried it with kale once and it was equally epic. I also skipped the usual deep frying. It’s unhealthy, unsafe if you’re as clumsy as I am in the kitchen and a giant waste of good oil. So I made patties and pan fried them instead. Cue falafel that was crispy on the outside, tender on the inside but not dripping with oil. 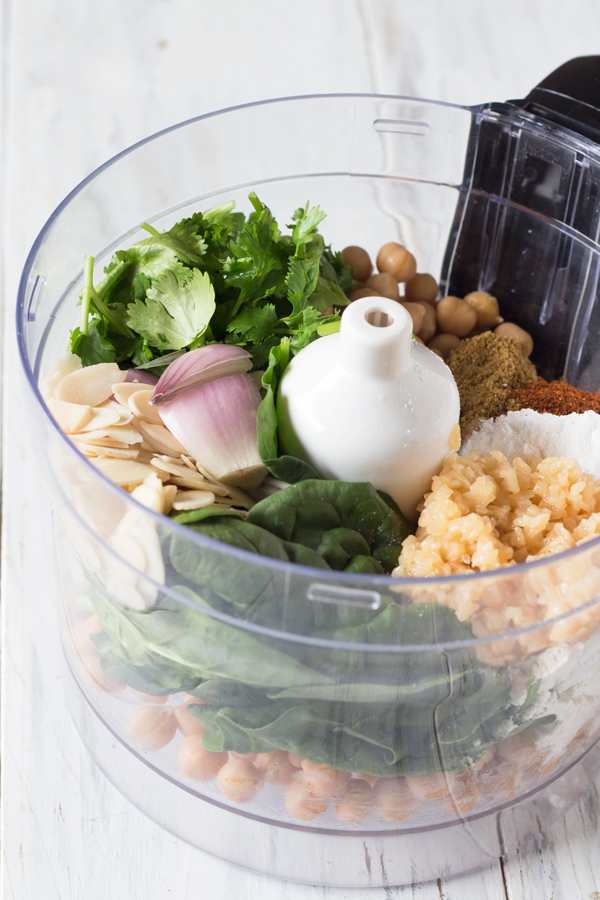 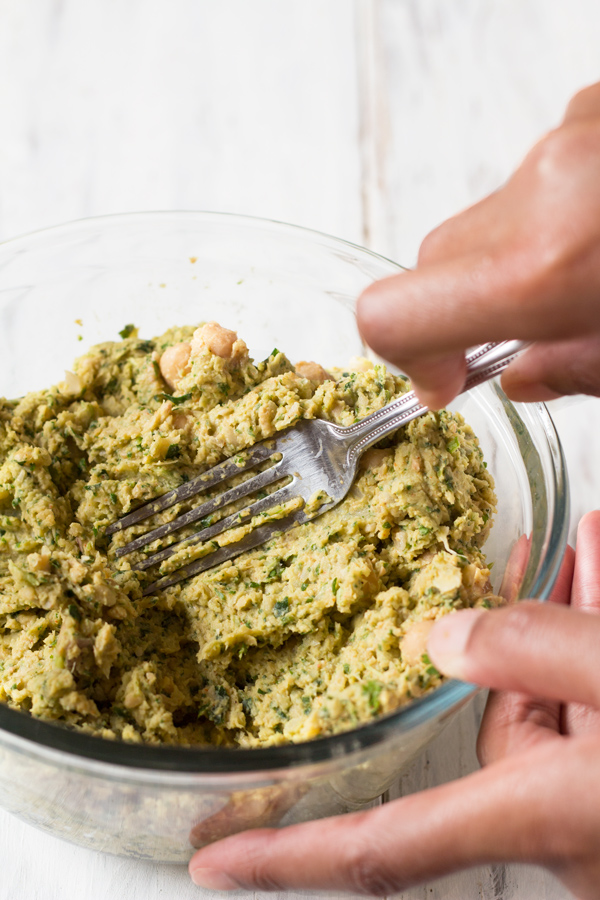 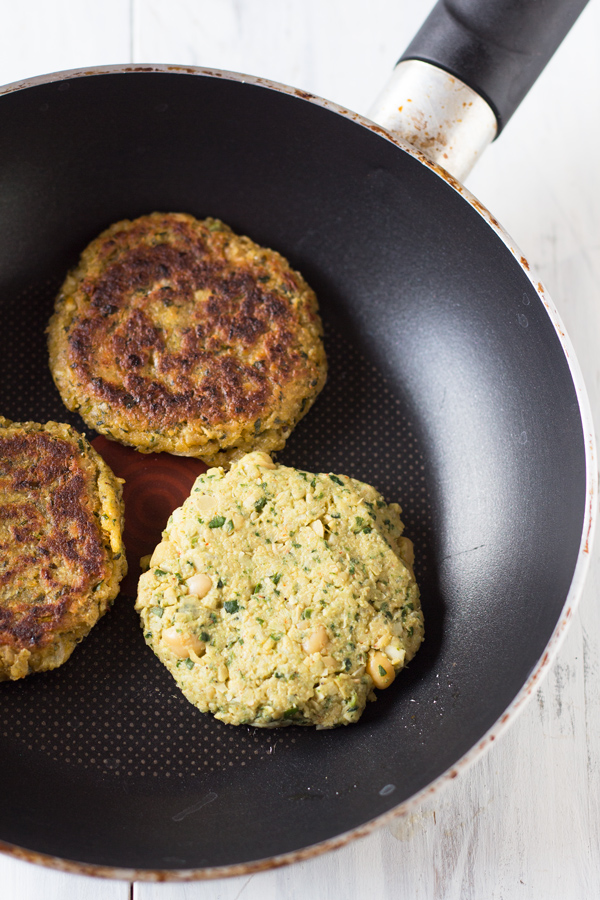 For the salad I went with simple ingredients; just lettuce, tomatoes, and shallots. Cucumbers would also be a good addition if you like them but I don’t so I left them out. You can go crazy here if you want to, but I really wanted the falafel and the dressing to be the stars of this one.

And speaking of the dressing, this vegan garlic mayo dressing is the bomb. I may or may not have enjoyed it more than the actual falafel. #Oops. The garlic ‘mayo’ only calls for 4 – 5 ingredients, but it packs quite the flavour punch, thanks to the garlic. And when paired with the falafel salad, you get a quick and easy meal guaranteed to have you begging for more. 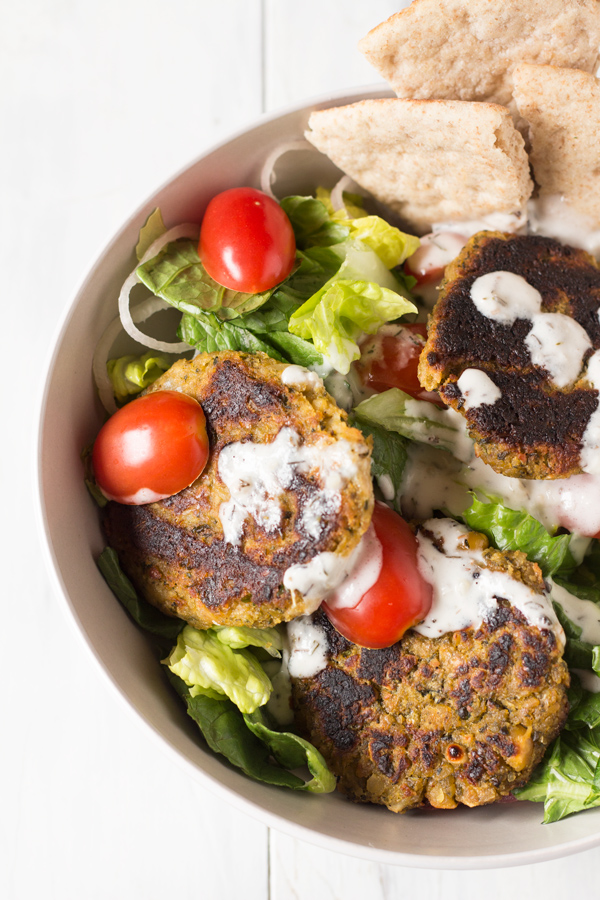 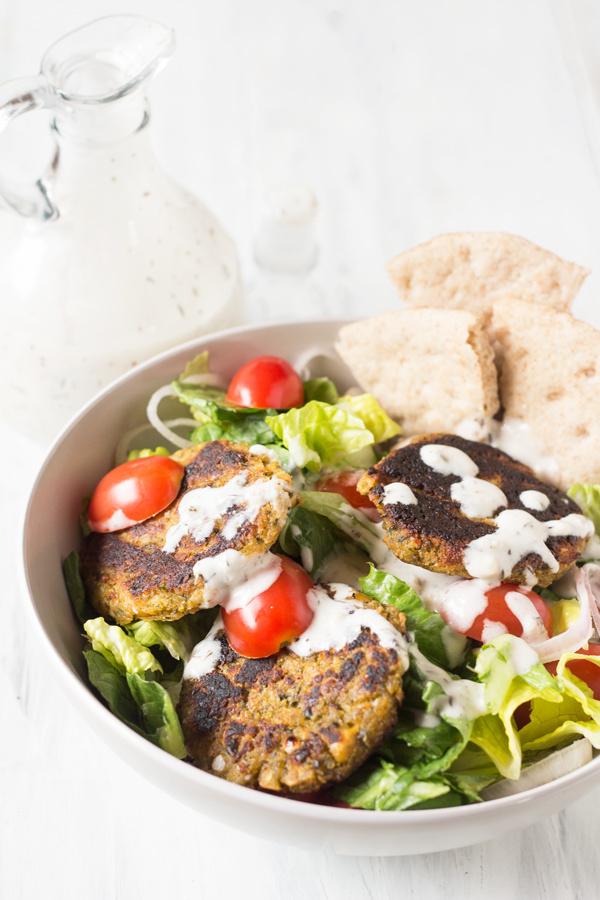 Print
Prep time
15 mins
Cook time
10 mins
Total time
25 mins
This falafel salad combines crispy, pan-fried spinach almond falafel and a simple vegan garlic mayo dressing for a meal even non-vegans will love.
Author: GiselleR @ Diary of an ExSloth
Recipe type: Dinner
Cuisine: Vegan
Serves: 15
Ingredients
For the Falafel:
For the Vegan Garlic Mayo Dressing:*
For the salad:
Instructions
For the Vegan Garlic 'Mayo' Dressing
Notes
* I only make small batches of the salad dressing at a time, enough for two salads. But you can double or triple the recipe and store the dressing in the fridge for up to a week.
3.5.3208