Need an quick & delicious healthy breakfast? These easy-to-make cranberry pear vegan spelt pancakes only call for 10 ingredients and are full of fall flavour. 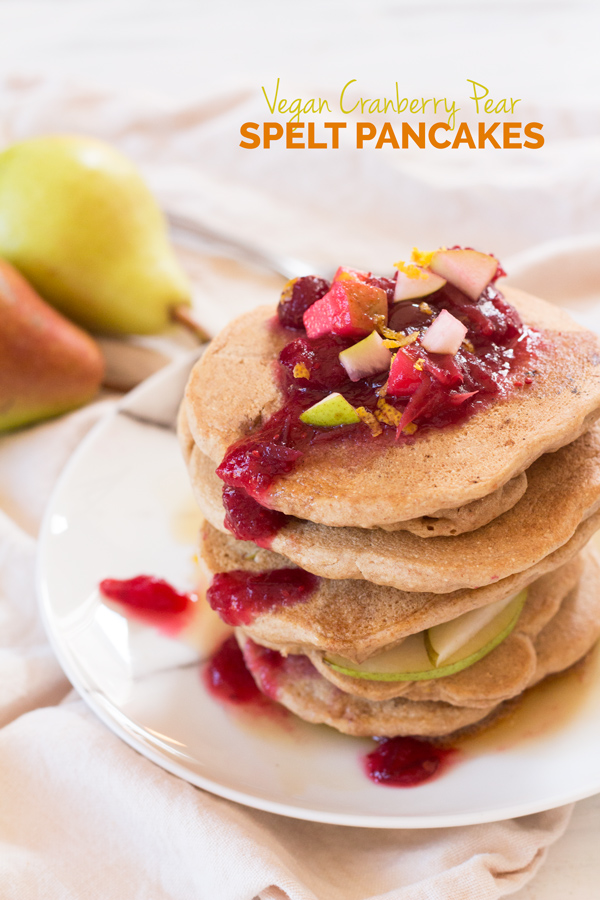 Confession: I’ve always been crap at making pancakes. Pancakes were one of the first thing I ever attempted to make on my own and to say I failed would be an understatement. After I graduated from primary school I had the bright idea to try my hand at baking but I was most definitely not a natural.

Over a one month period I managed to screw up sponge cake so badly I’m still terrified of making cake from scratch. And my attempts at making pancakes ended with a ruined a skillet and a river of tears. Needless to say, I didn’t try making pancakes again for a very long time. 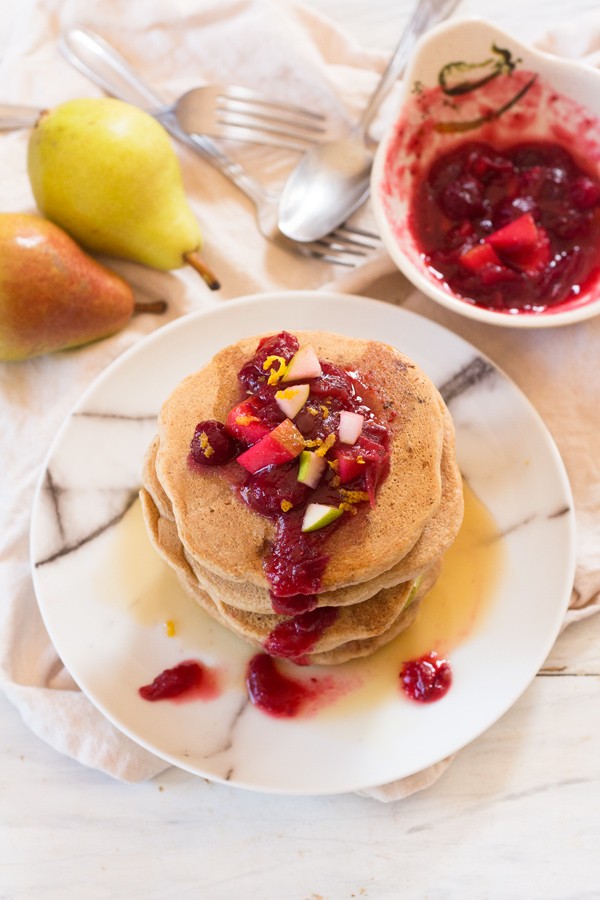 In fact, I only have two actual pancake recipes on the blog because to this day, I still don’t trust myself around those little circles of breakfast death. Pancake loaves and vegan french toast are much more my speed.

But when I saw that this month’s Recipe Redux theme was all about first cooking recollections, I knew I had to try my hand at making homemade pancakes again. Specifically these cranberry pear vegan spelt pancakes. 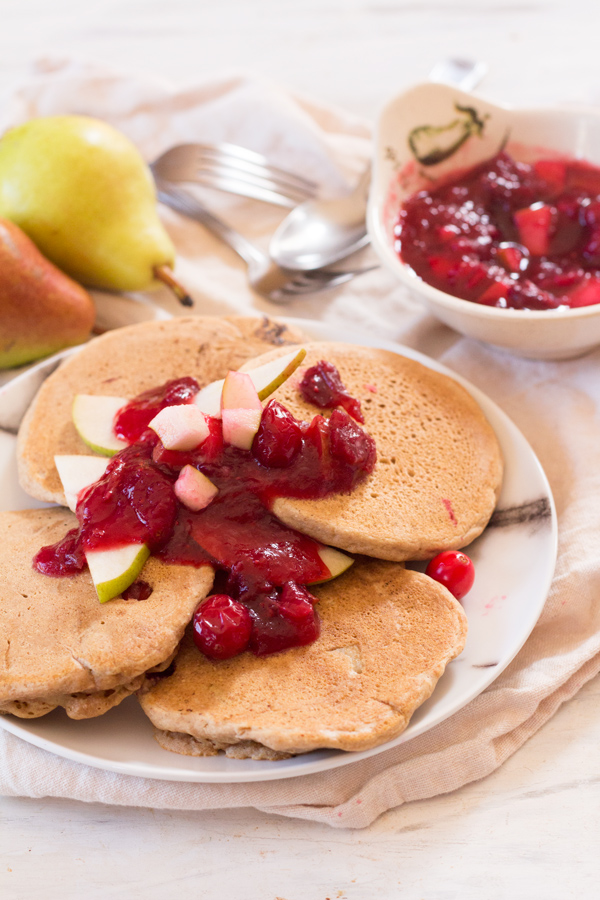 I’ve been making some variation of these vegan spelt pancakes at least once every couple of weeks for a while now and I love them. They’re super easy to throw together – like 1 bowl easy – and call for 10 ingredients apart from the mix ins.

The batter is also very forgiving, so if you screw up, like I tend to do, don’t worry. Oh, and these vegan spelt pancakes were the easiest pancakes I’ve ever had the pleasure of flipping. I usually dread flipping pancakes because I’m the worst with a spatula but I didn’t have to scrap a single one. Huzzah! 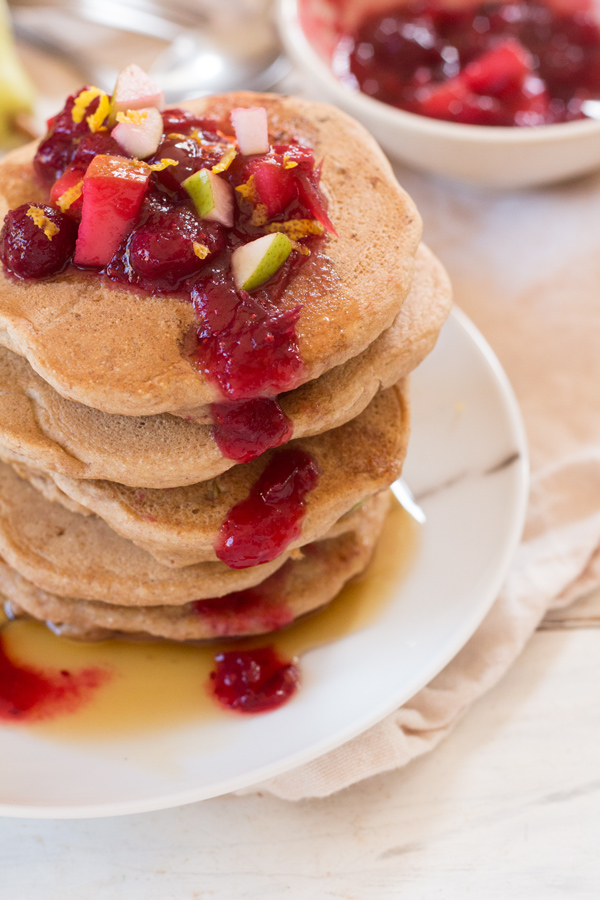 If you make these maple chai roasted chickpeas, I’d love to hear what you think. Leave a comment and rate the recipe or take a pic and tag it @ExSloth on Instagram! 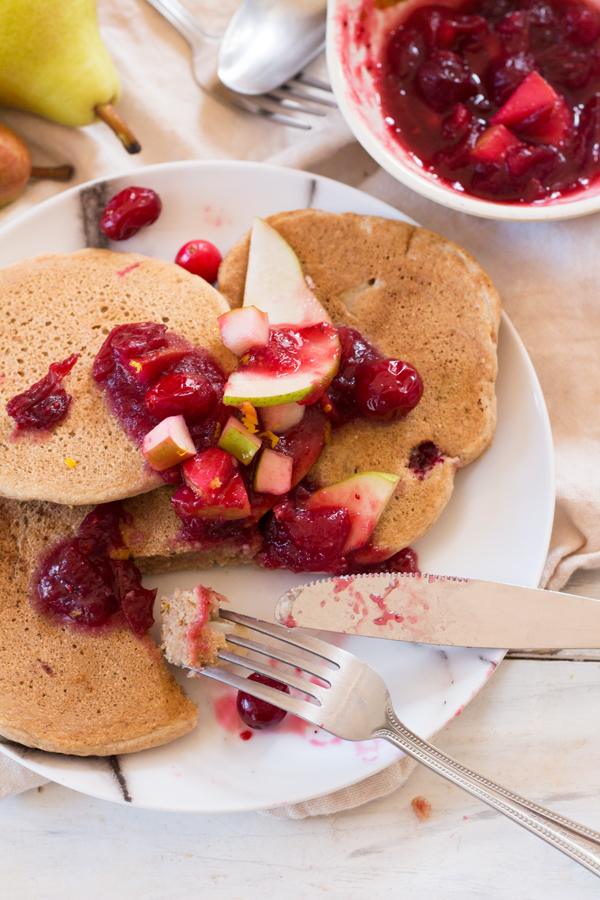