I learned a new word this week: spuntino, which means snack in Italian. We all know I’m a literary nerd, so to celebrate my new knowledge, I made this Spiced Apple & Pear Brown Rice Pudding. 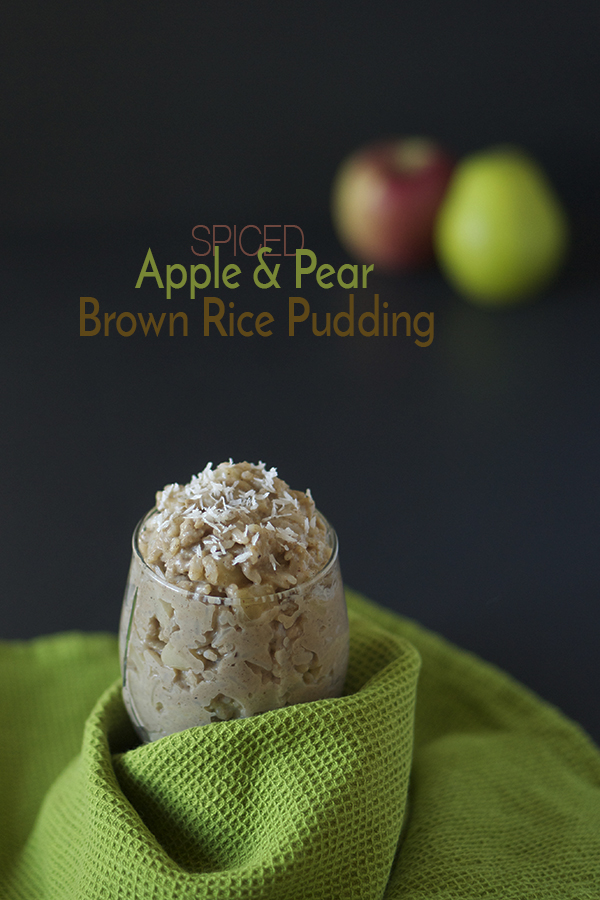 If you’re wondering why I’m randomly learning new words in Italian, it’s cuz one of my new roommates is on exchange from Italy. The other is here from France. Pretty cool right? It is, until you think about the fact that we all have different first languages.

Usually, I can understand them both when they speak English, and they can understand me, unless I’m speaking hardcore Trini (read: talking a mile a minute and mumbling my words). But, things get really crazy when we start talking to each other in an English/French/Italian hybrid. That makes for some interesting conversations around my apartment. 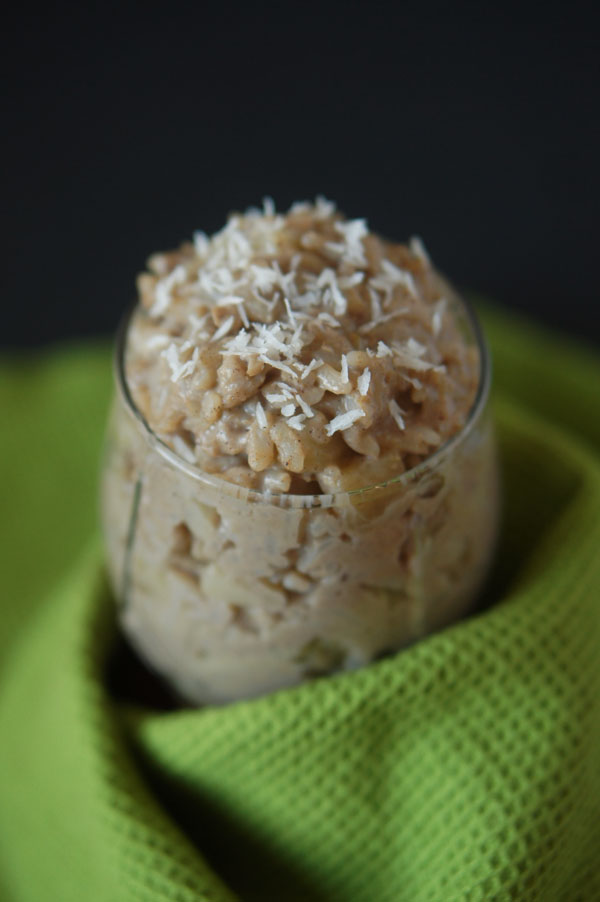 But if you thought that the language barrier kept us from connecting, you’d be dead wrong. The three of us actually bonded pretty quickly over our love of food, baking and cooking. These two girls cook as much as I do, and get excited about trying new foods and recipes. Which makes me all kind of excited to be living with them.

Yes, things can get a little dicey when we’re trying to convert rice in grams to rice in cups – without the aid of a food scale – but we have the best times while experimenting in the kitchen. 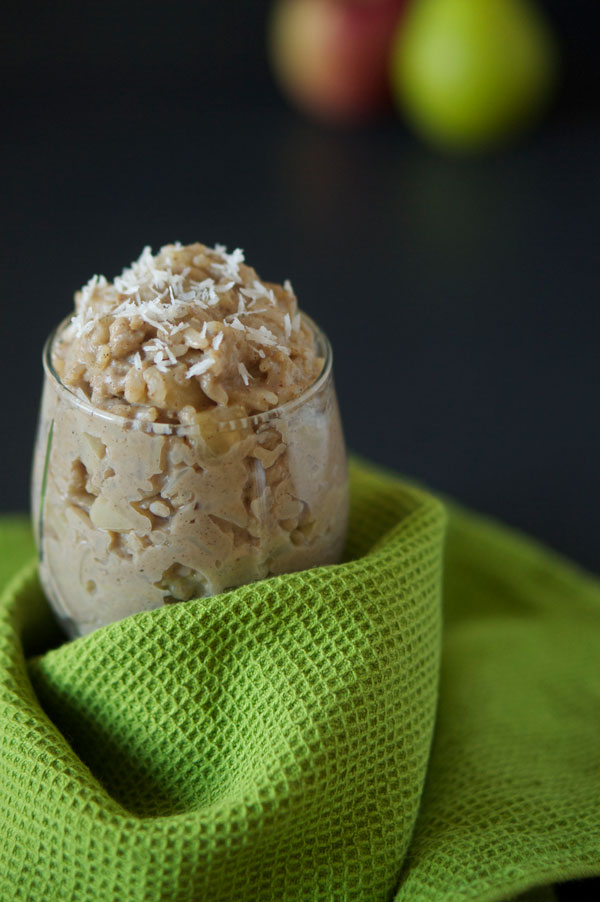 Recently, we started teaching each other words and phrases while cooking, eating or just hanging out in the kitchen. Like I said before, the Italian lesson this week was spuntino which sparked the idea for this recipe. We’d just spent a cold day at the farmers’ market buying way too many apples, pears and carrots, so I wanted something that we could enjoy while trying to warm up.

I decided to kill two (three?) birds with one stone, and made rice pudding with pears and apples added in. This Spiced Apple & Pear Brown Rice Pudding is dairy free, gluten free and free of refined sugars, and I know for a fact that it’s warming on cold fall days. 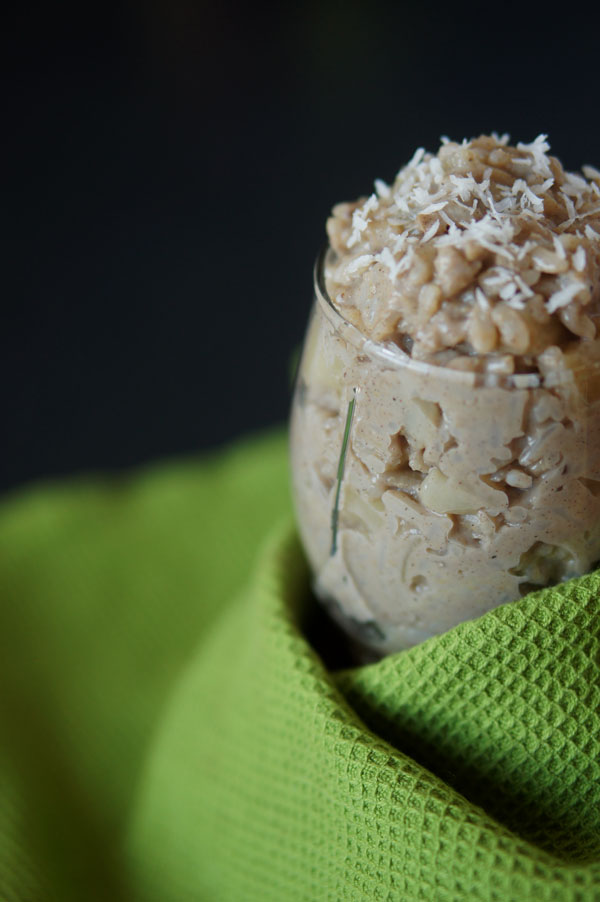 Print
Prep time
5 mins
Cook time
40 mins
Total time
45 mins
This Spiced Apple & Pear Brown Rice Pudding is vegan, gluten free, and free of refined sugars and is perfect for warming up on cold fall days.
Author: GiselleR @ Diary of an ExSloth
Ingredients
Instructions
Notes
Pudding will last for several days in an airtight container in the refrigerator. You can eat it cold as is, or add some more milk and reheat.
3.2.2885 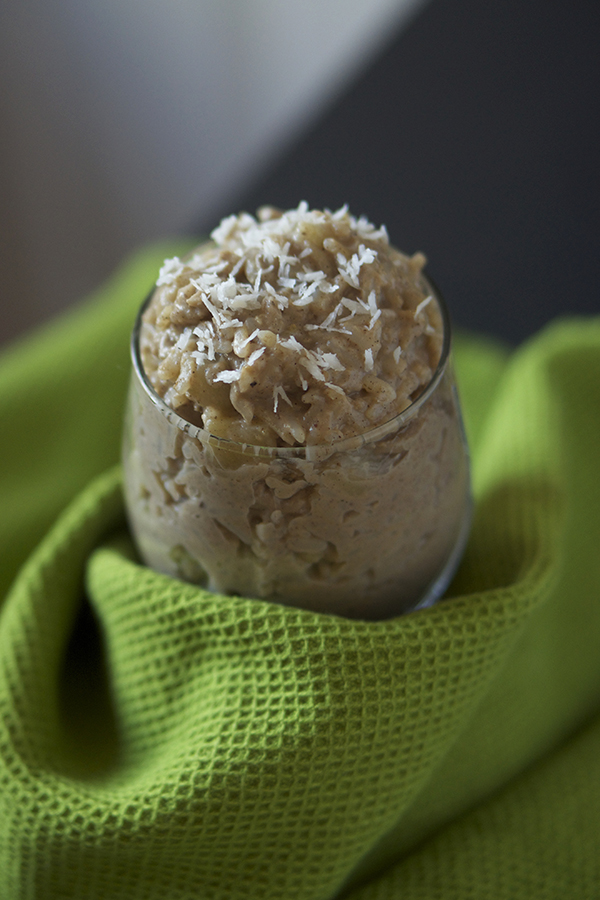 Have you ever lived with someone who spoke a different language? Did you have problems communicating? Did they cook for you? Do you know any food related words in other languages? What was your spuntino today? 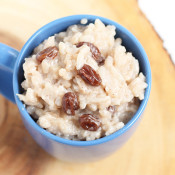 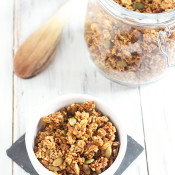