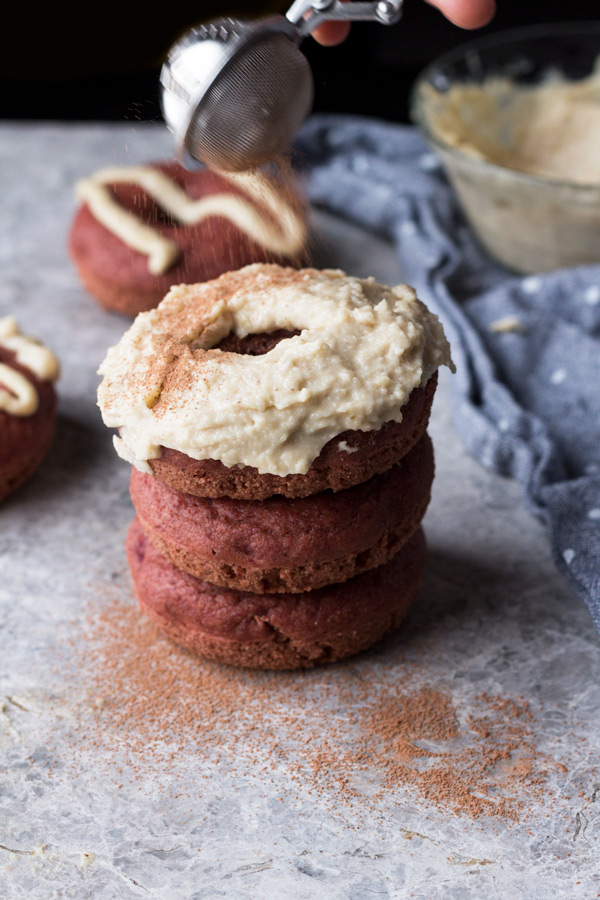 It’s the first week of February, which means one thing and one thing only – Valentine’s day is upon us. I’ll be single for V-Day once again, so I don’t have any plans. But I’m not mad, cuz I’ve got these vegan red velvet donuts to keep me company. 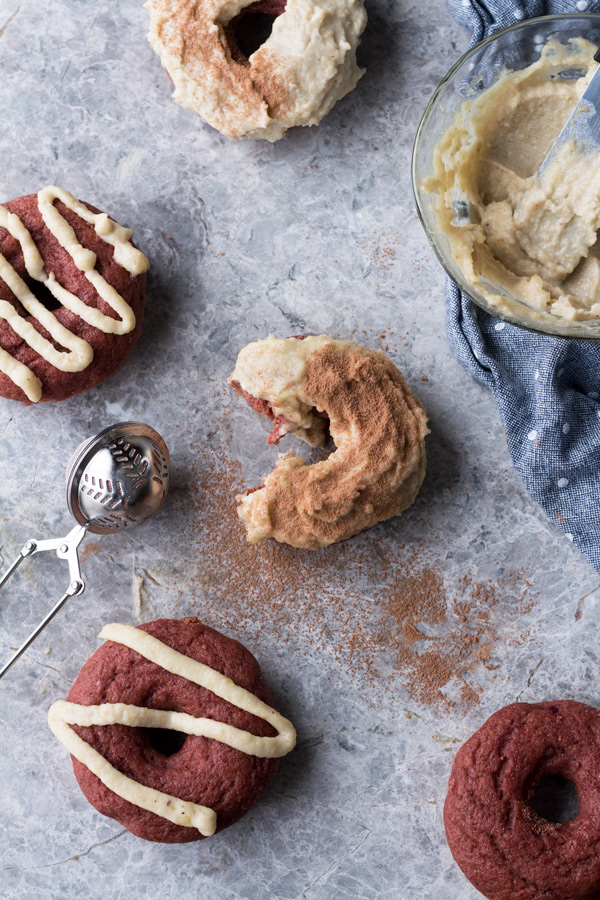 However, things get a little more complicated as you move into vegan red velvet territory. First, red food colouring isn’t normally vegan so most veganized red velvet treats use beets to colour the batter.

Some people use beet juice, beet powder, grated beets or beet puree made from raw beets. But I just used cooked beet puree for these vegan red velvet donuts. 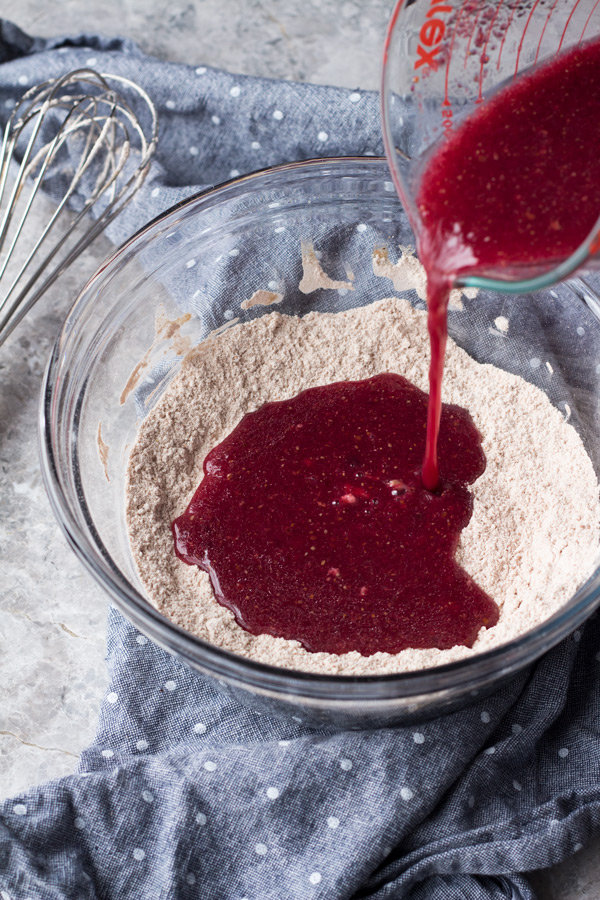 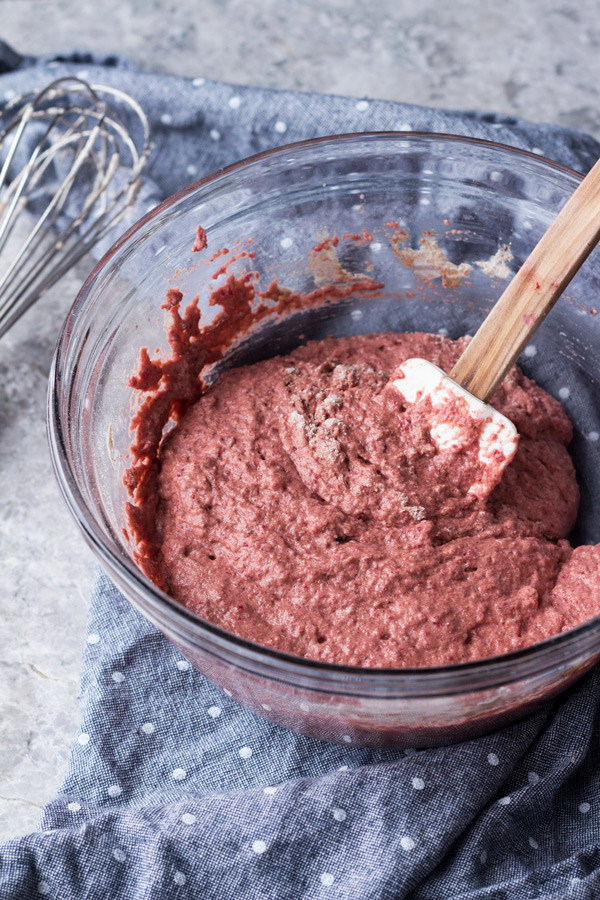 Sounds easy enough but baking with beet puree isn’t as easy as baking with pumpkin or butternut squash purees. In fact, if your batter is just a touch too alkaline, your dessert will go from red to brown in a flash.

I learned that the hard way since my first batch resembled slightly maroon chocolate donuts. 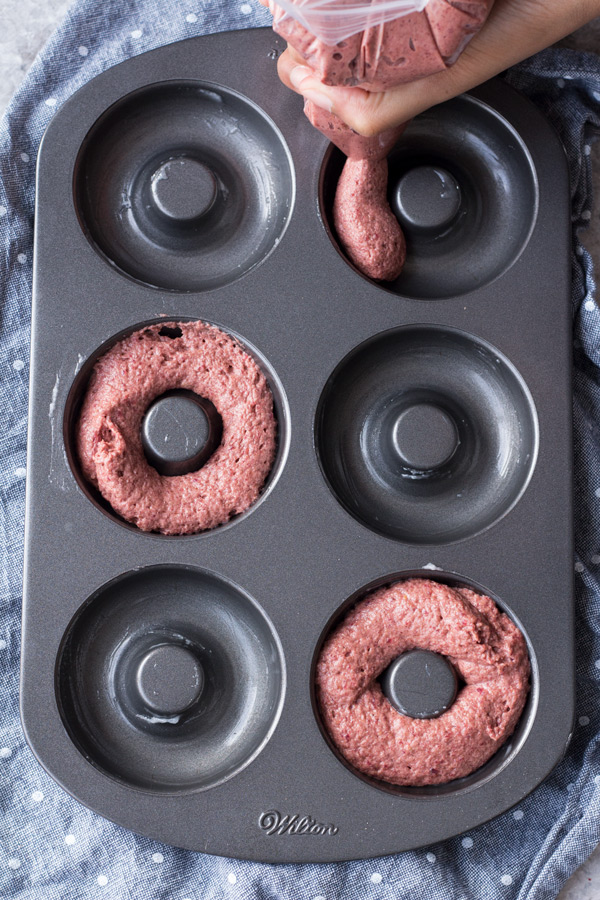 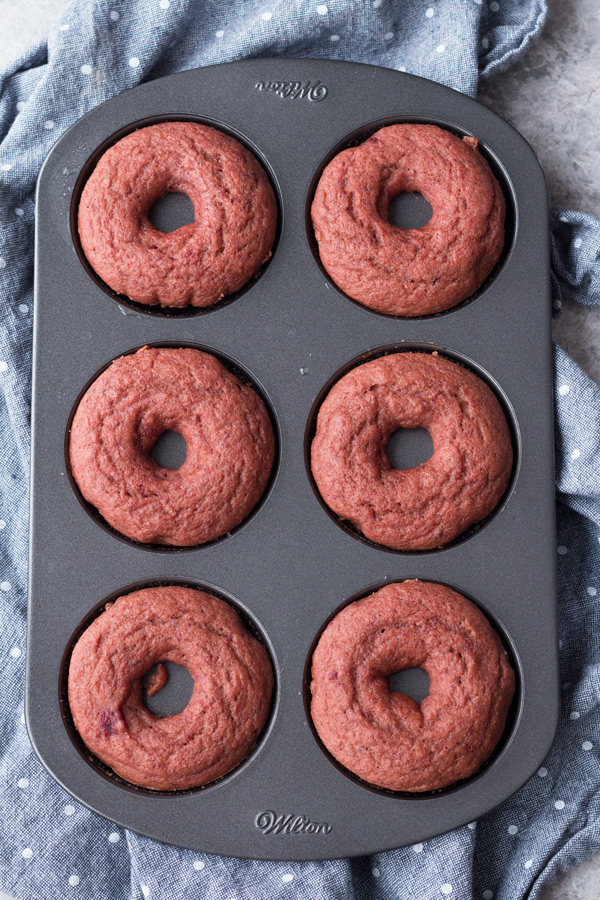 Luckily, all I had to do to get red velvet donuts that were actually red was reduce the amounts of baking soda and powder and increase the apple cider vinegar.

The red velvet donuts are pretty damn good on their own and I’ve been eating them that way for the most part. But if you want to get fancy, I highly recommend making the optional vegan cashew cream cheese frosting. 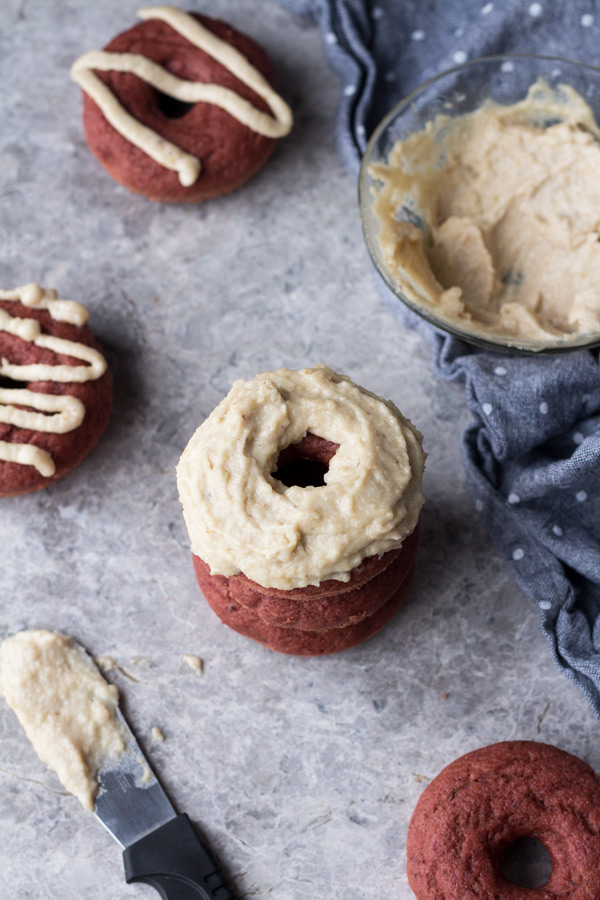 You’ll need a handful of ingredients and a high speed blender or food processor but the payoff is well work the added effort. The frosting legit takes these donuts from seriously good to out of this world epic.

There’s no way I’ll be longing for company on V-Day when I’ve got these to devour. 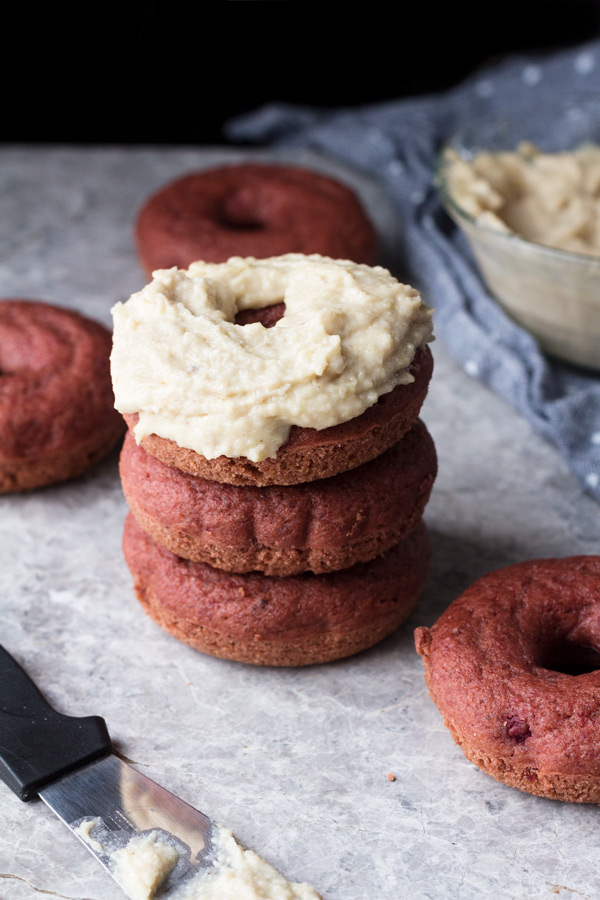 If you make these donuts, I’d love to hear what you think. Leave a comment and rate the recipe or take a pic and tag it @ExSloth on Instagram! 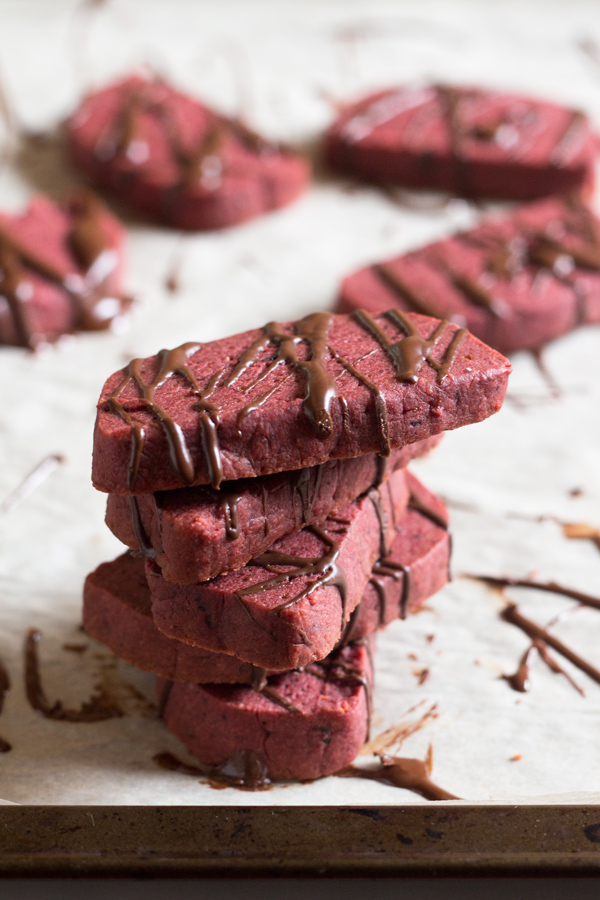