I may call myself an ‘ExSloth’ but I still have a whole lot of sloth-like tendencies. Case in point: my recent foray into meat free eating. It all started a couple Fridays ago when I ran out of meat. I planned to hit the grocery store that day, but by the time evening rolled around I was way too lazy to leave my house. So, I decided to see if I could last a couple days on the produce I had left, as well as whatever dry and canned foods I had in my pantry. 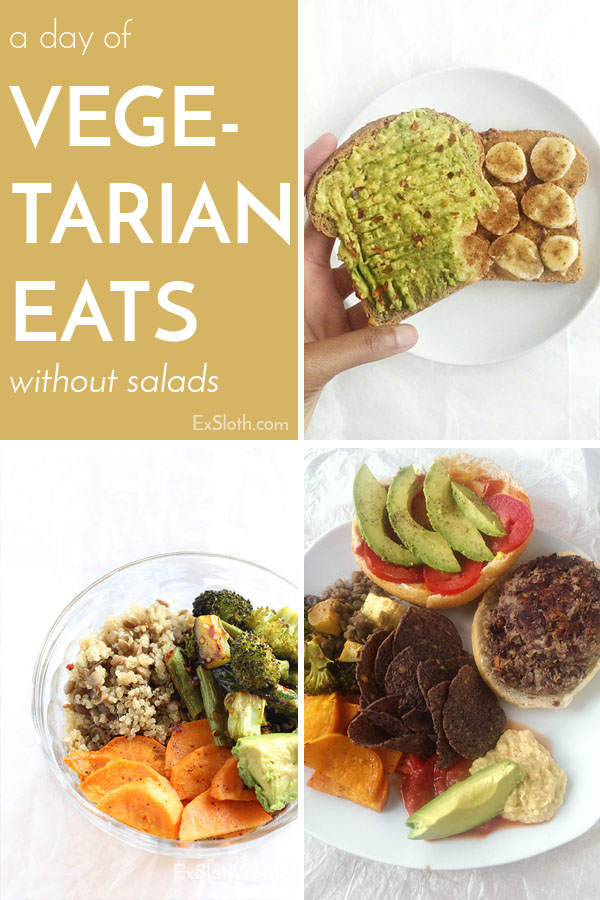 At first, it was a little disconcerting because I’m so used to eating meat. But after a couple days of, not just surviving, but actually enjoying my meat free meals, I realised something. As a meat eater, I’ve conditioned myself to see a lack of meat as a lack of food. I was able to prep filling, delicious meals out of the fruits, veggies, beans, nuts and grains I had on hand, when just days before I was positive I had ‘no more food’.

Like I mentioned in my last post, I’m almost positive that this won’t be a permanent change, especially since I bought canned salmon and tuna this weekend. But I’ll definitely be enjoying this unexpected journey for a while yet. Anyway, today I thought I’d link up with Jenn and friends to share what a typical day of my temporary meat free existence looks like.

Note: There are no salads here since, more often than not, I avoid them like the plague.

A day of meat free eats, without salads #WIAW #vegetarian

Even before I embarked on this mini journey, my breakfasts were usually meat free aside from the occasional turkey bacon or chicken sausage with my eggs or pancakes. So, over the last week, I’ve just been sticking with either oatmeal, smoothie bowls or granola, if I remembered to make it the night before. But, on this particular day, I switched it up and had a slice of avocado toast and another slice of toast with peanut butter and bananas. Perf.

If you follow me on snacpchat, you’d know that I made hummus for the first time last week. I always buy canned chickpeas with the intention of making hummus and end up roasting them instead. But since honey roasted chickpeas don’t exactly scream lunch, I finally decided to give the hummus a try. I made a variation of Lee’s Lemon Garlic Hummus, using lime and a couple extra seasonings. So ridiculously easy, and extremely tasty. I had it in sandwiches for the first few days and in modified buddha bowls after that. But, on Monday I was really craving lentils so I ended up having this for lunch: 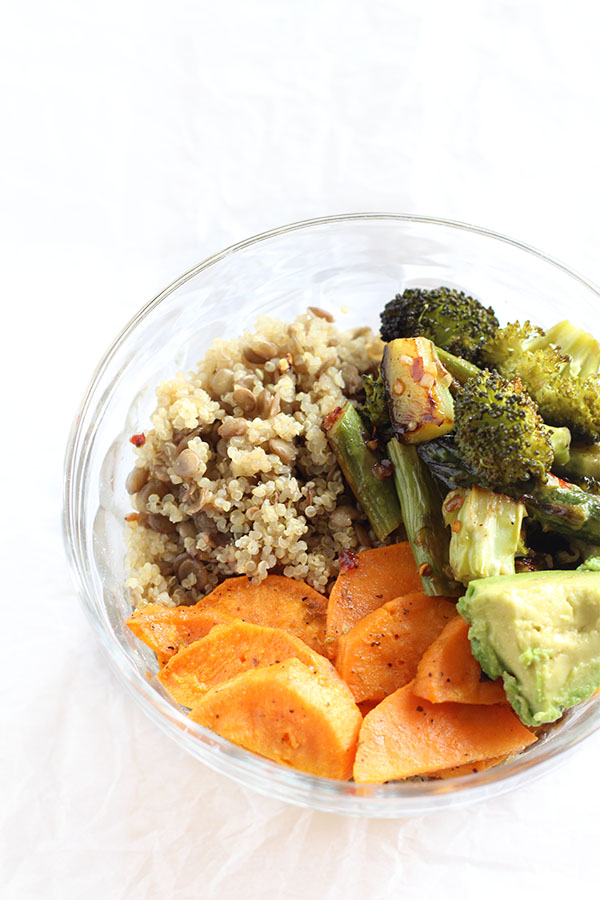 Of course, I forgot to photograph the snacks. Well, I actually posted pictures of them to snapchat, but that was more than 24 hours ago, so they’re in the dust. But, I remember what they were, so I’ll just list them out for ya. Snack 1 was a random but satisfying bowl of nuts, seeds, chocolate chips and dried mulberries. Snack 2 was some diced watermelon, strawberries and blueberries topped with Hemp Hearts while I waited for the lentils to boil for lunch. And snack 3 came after dinner in the form of super sweet candies my friend Deanna brought back from England.

I’ve been meaning to make veggie burgers again for the longest time so I decided to give those a go on Monday. I honestly have no idea what quantities of everything I put into them but I do remember most of the actual ingredients. First, I mashed some black beans, sauteed some mushrooms in Worcestershire sauce then mixed the two together along with zucchini, carrots, flax, cilantro and other seasonings. I formed it into patties and pan fried them for a couple minutes on each side until warm. I served with some Ezekiel bread since I didn’t have hamburger buns and topped with tomatoes and avocados. It was completely random but ended up being so good.

Disclaimer: I also forgot to take a pic of dinner on Monday, but I had a variation of the veggie burgers for lunch yesterday so I’m sharing a shot of that instead. 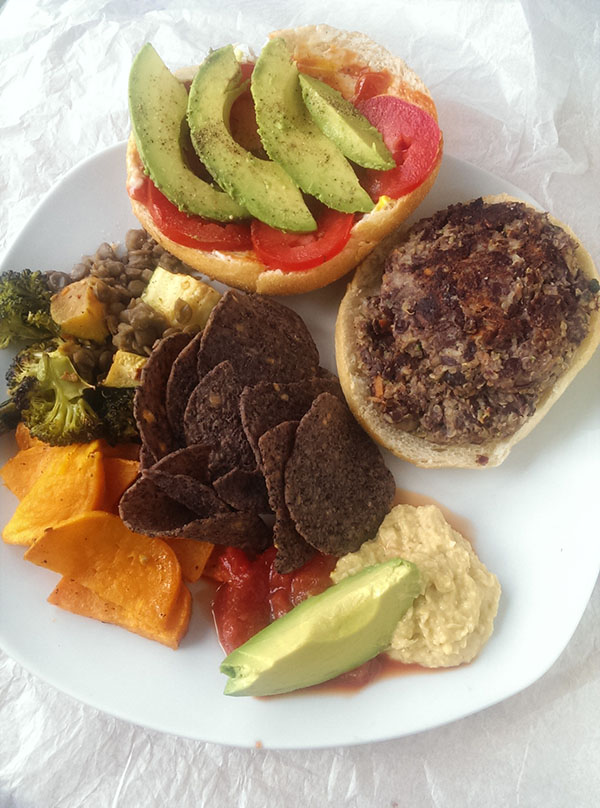 And that’s it. My take on a day of vegetarian eating.