No I didn’t mix up the days and accidentally post on Sunday instead of Monday. You’ll still be getting your fix of me tomorrow and – spoiler alert – there’ll be prizes! But, back to the point of today’s post. I’ve got a treat for ya…literally. 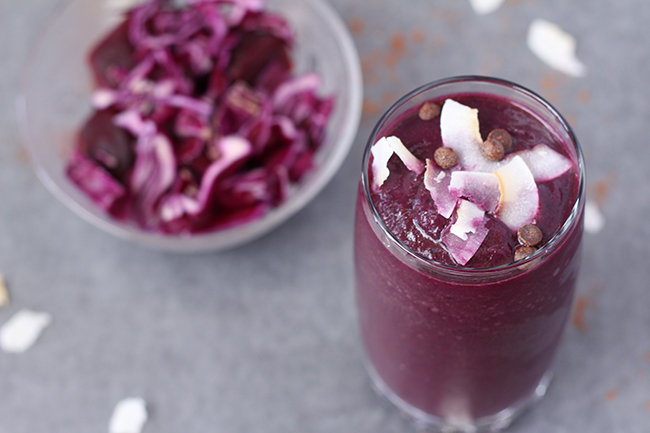 While I still drink smoothies during the winter, I don’t have the same enthusiasm for them as I do in the summer and I end up having the same basic smoothie everything. So it was nice to do a bit of experimenting with different smoothie combinations when I was home and warm.

Since I was a little beet obsessed while I was in Trinidad, I ended up making this Hidden Veggie Red Velvet Smoothie in addition to the Beet & Walnut Red Velvet Loaf I posted on Christmas Eve. But, unlike the festive bread, this smoothie is hiding not one, but two veggies in it.

Be sure to check out my post on Savory Style for the full recipe and don’t forget to pin the image below so you can make it later!