Spoiler alert: This vegan summer berry mint chocolate galette recipe is probably the most complicated thing I’ve ever shared on the blog or made in real life. But I promise you, it is 100% worth the effort. 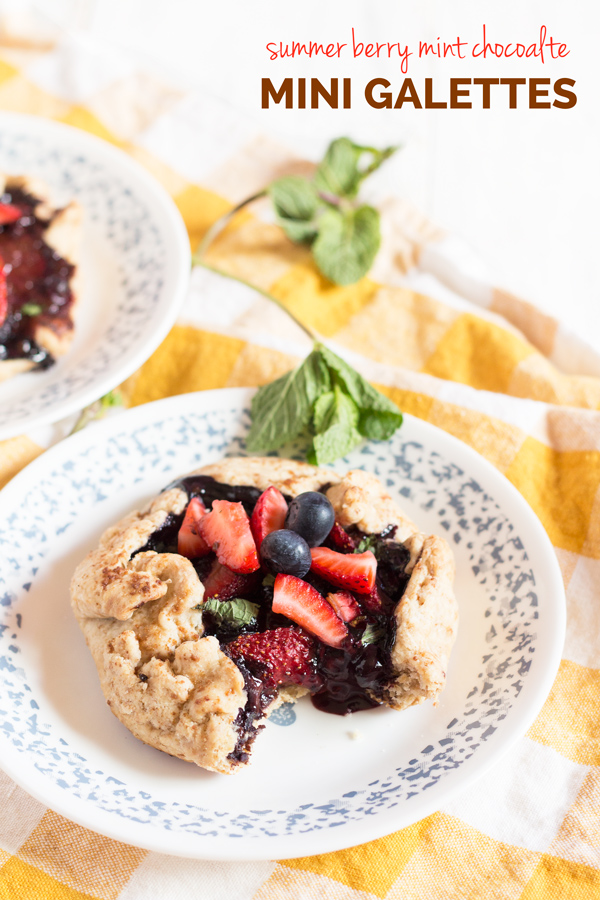 If you’re not sure what galettes are, they’re basically free-form pies i.e. they’re pies that don’t need to be made in a pie tin. I’ve wanted to try making a galette since Leah shared this rosemary orange galette for our citrus roundup but I kept putting it off.

Luckily, this month’s Recipe Redux theme gave me the perfect opportunity to finally do it.

For ReDux’s birthday month, let’s celebrate each other! Pick a fellow ReDuxer, go to their blog and either make one of their recipes or create one of your own inspired by theirs. 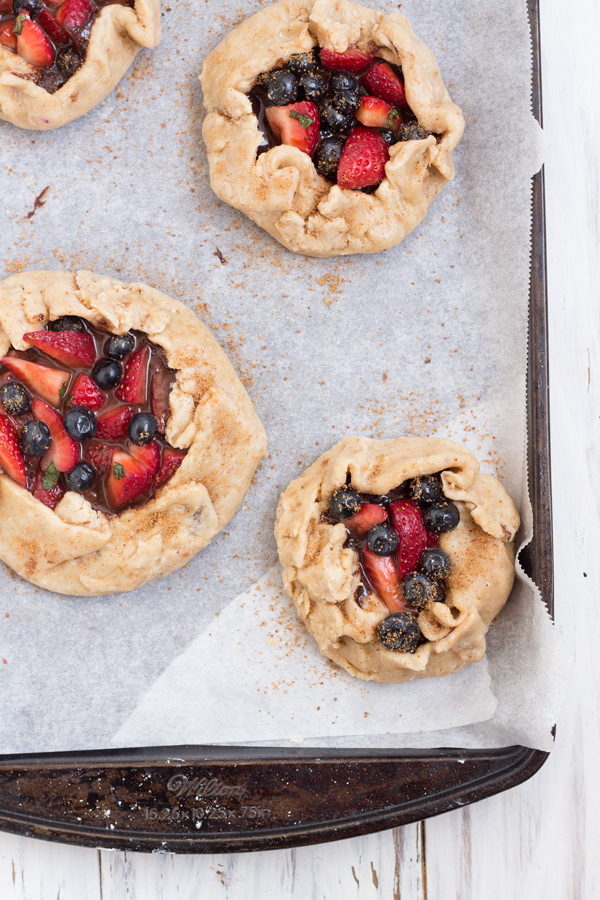 I chose to use Leah’s galette recipe as my inspiration for a couple reasons. First, galettes sound/look amazing. And second, Leah’s flavour combos always astound me. I would never think to pair things like camomile + maple or ginger + rhubarb. But when Leah does it, it just works. 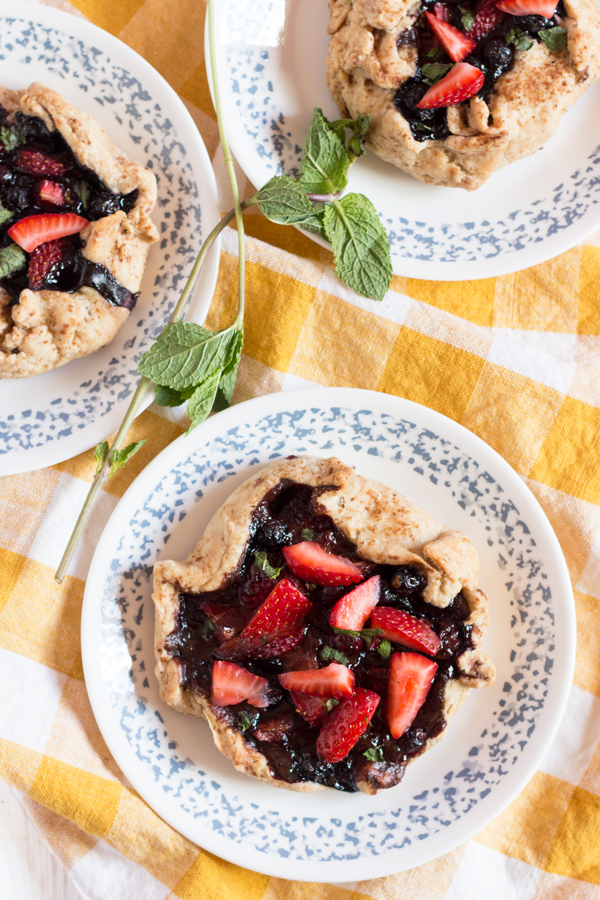 Despite my disclaimer/spoiler above these galettes aren’t actually that hard to make. If you’re used to making pies, then these would probably be no problem for you. But if you’re like me and have never made a pie from scratch, (or otherwise) then expect some mild frustration at first.

There are three parts to this summer berry mint chocolate galette recipe: 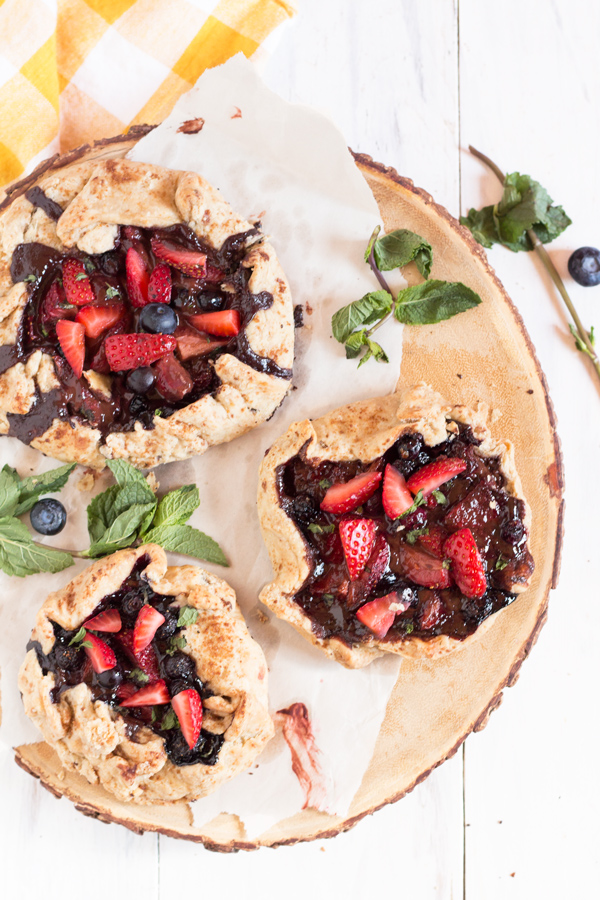 1. The vegan pie crust: At first, I attempted a mint chocolate crust which was a giant, odd-tasting disaster. So the second time around I went with a plain old coconut oil pie crust. The dough was very forgiving and didn’t result in a hard AF crust when I aded extra flour while rolling it out. Always a plus. 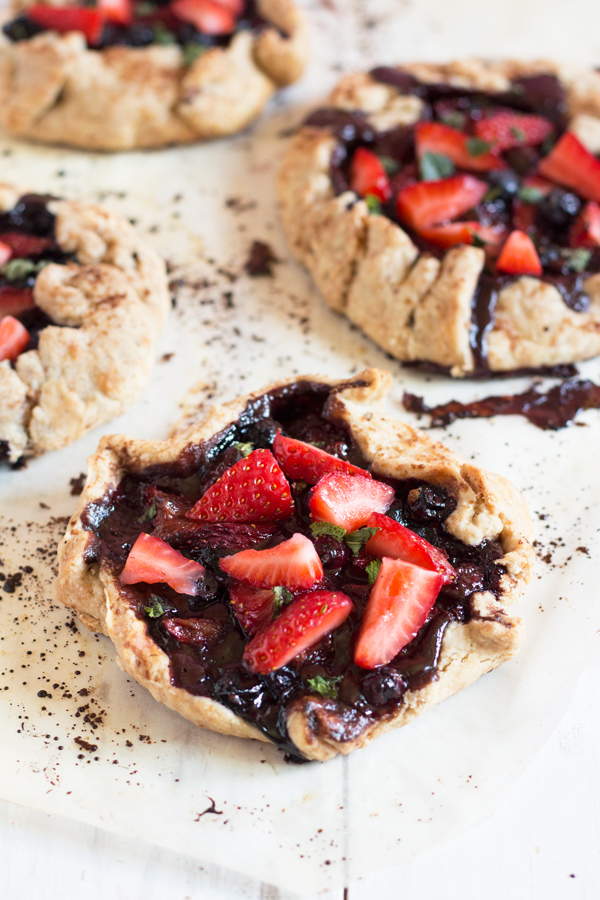 3. The summer berry filling: This is literally the easiest part of this galette recipe. All you need are four ingredients: a little lemon juice, mint leaves coconut sugar and summer berries of choice. I used blueberries and strawberries cuz that’s what I had on hand but if you like raspberries, (I don’t) they’d probably pair well with the chocolate.

And that’s it. This one might take a little extra elbow grease than my usual simple AF recipes but like I said, it’s totally worth it. I mean, what’s not to love about a summer berry mint chocolate galette that has a flaky crust and is perfectly sweet, slightly minty, super chocolatey and filled with juicy summer berries?

If you make this berry chocolate galette, I’d love to hear what you think. Leave a comment and rate the recipe or take a pic and tag me @ExSloth on Instagram! 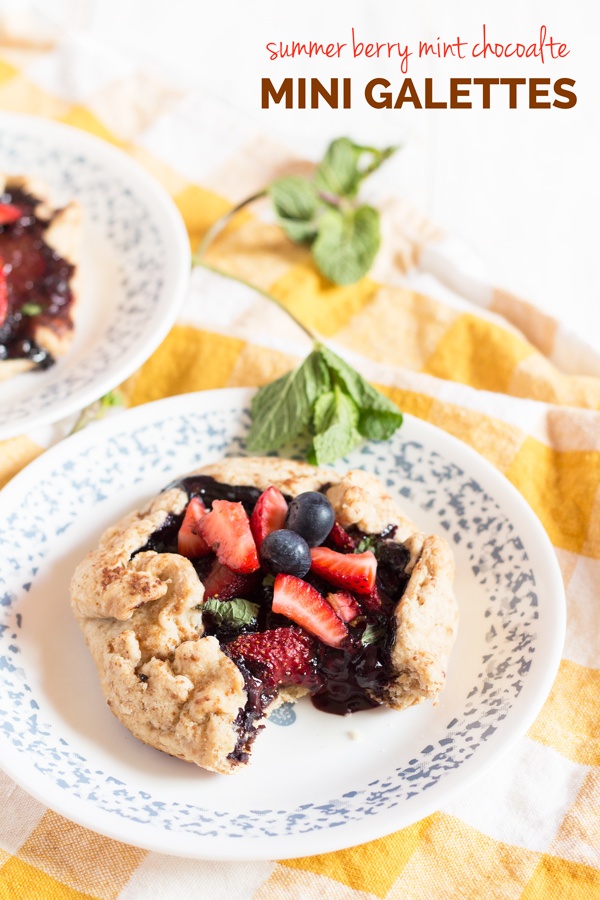 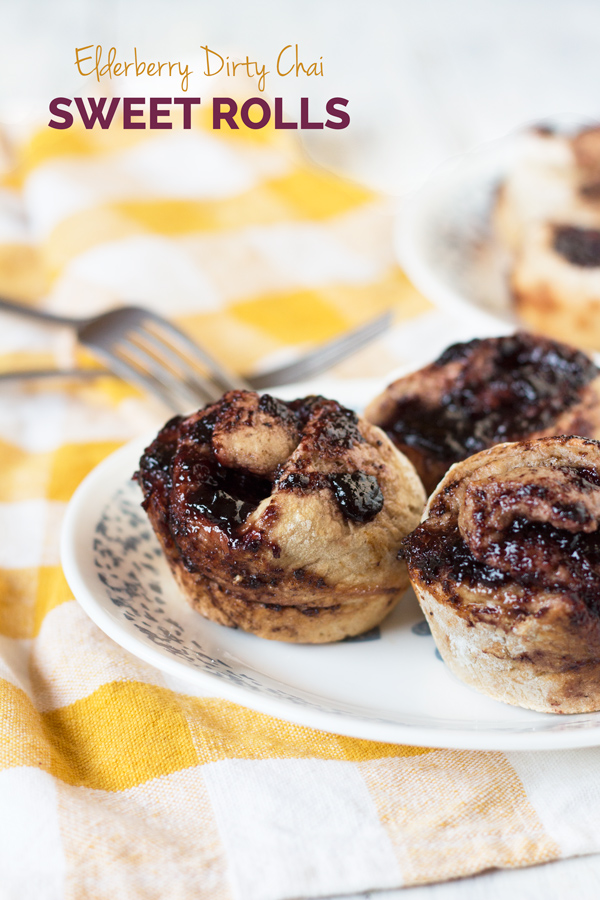