American Thanksgiving coming up this week and I’ve been seeing so many awesome recipes floating around my various social media feeds for the last couple weeks. I have to admit that I was a little jealous that I hadn’t seen most of those recipes before Canadian Thanksgiving back in October and now the opportunity to make them was gone. 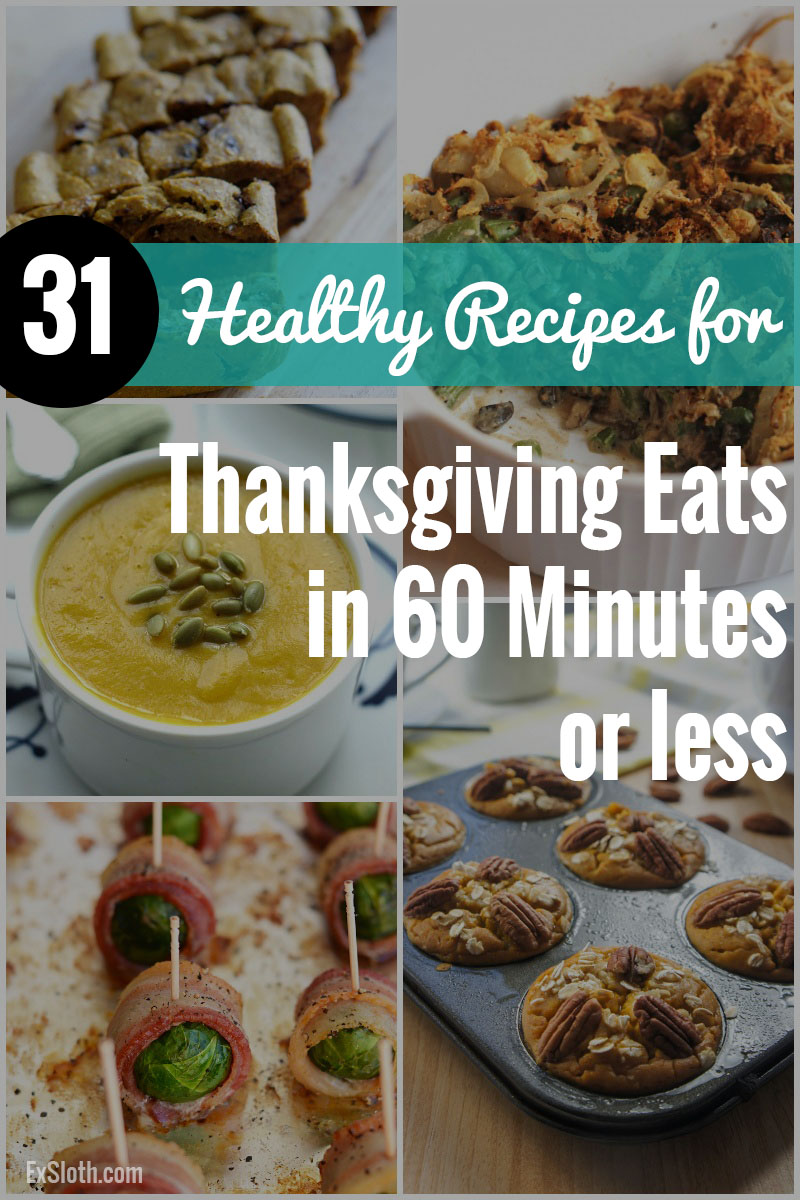 But then I remembered that I can do whatever the hell I want in my kitchen. Obviously, I’m not planning to run out and buy and make a bird, since I don’t want to be eating turkey until February, but there’s nothing stopping me from making some Thanksgiving-esque meals this week.

So, I started putting together a list of all the Thanksgiving goodies I wanted to try and, as always, it got out of hand pretty quickly. There’s no way I’m going to make and eat all 31 of these recipes this week, but if you’ve still got room on your Thanksgiving menu, I’ve got lots of options for ya, including breakfast.

Oh, and all of these can be pulled together in under an hour, so you can skip the hours of prep and get down to the business of eating.

What is/was on your Thanksgiving menu this year? Do you continue to make ‘Thanksgiving’ recipes after the big day? Which of these recipes have you made or want to make?