It’s only been a couple weeks since my last chatty type post, but I feel like I left out a lot of stuff in that one since it was so heavily focused on food. So today I thought I’d fill you in on what’s new with me/the random thoughts I’ve been having about the most random things, out loud.

First, I should start by saying that I had a completely different post planned for today. I’ve been loving smoothies recently and I wanted to share one of my favourites with you. So yesterday morning, I made sure I had all my ingredients and planned for an afternoon smoothie photoshoot. Unfortunately, my camera had other ideas. Or, at least the battery did, since it died soon after I turned the camera on. 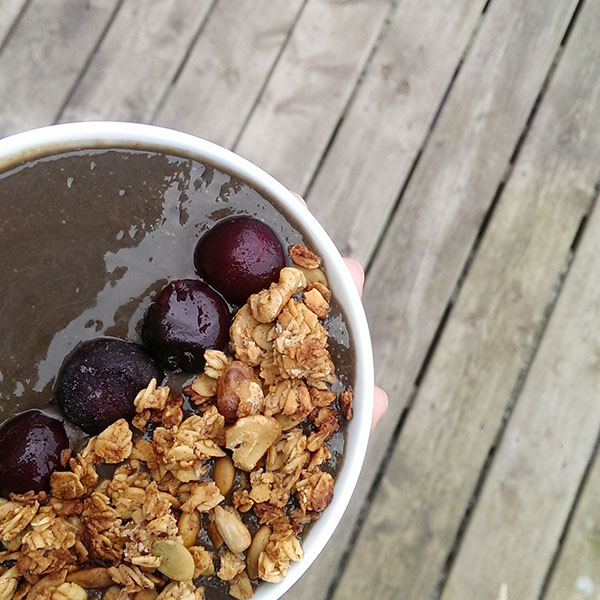 I have the Canon T5i and I absolutely love it, but if I could change one thing about it, I ask for the battery life for be displayed as a percentage. Or at least a battery symbol that drains in proportion to the actual camera battery, instead of just decreasing in thirds. Sure, I could just charge the battery when the symbol hits that lower third, but who does that? 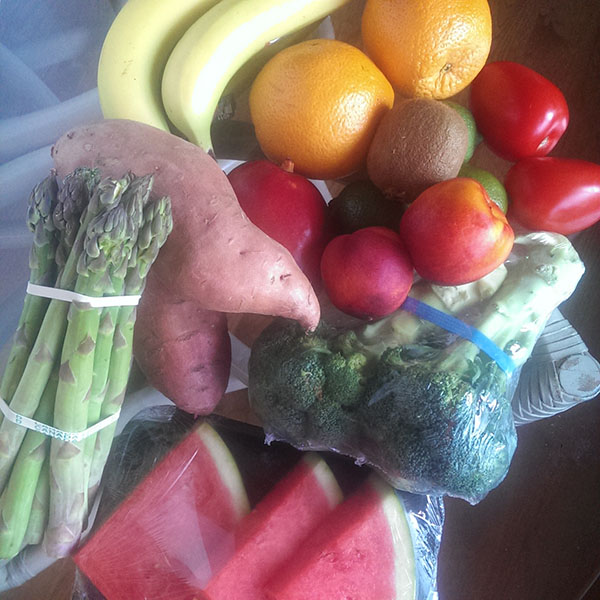 I’ve also been loving fruits and veggies in general a lot recently. The story of how this all came about is a post for another day (hopefully Wednesday) but for the last week or so, I haven’t been eating meat. I’m almost positive that this isn’t going to be a permanent thing, but right now, I’m having a lot of fun experimenting with my food again. Clearly, I’m taking my quest to avoid food ruts to the extreme. 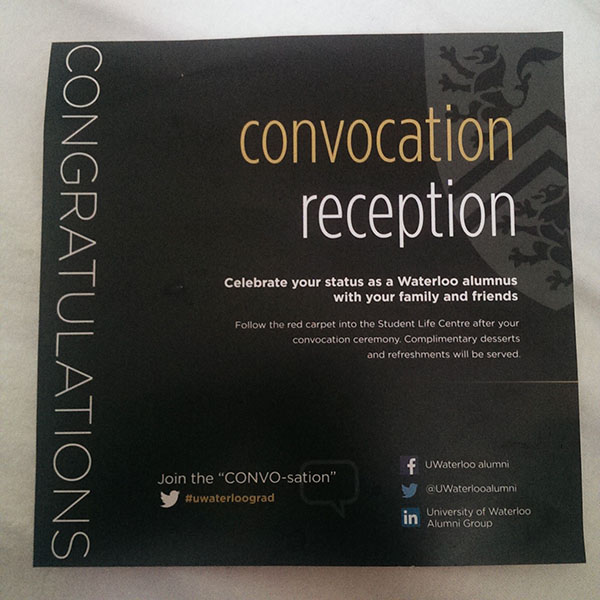 Something else extremely exciting: I actually completed my undergrad. After one of my exams in April, I mentioned that I may have failed a course, so I wasn’t sure if I’d have to take an extra term. Luckily, I was wrong and I passed, so I can now say I’m a graduate of the University of Waterloo with a Statistics major and a Computer Science minor. Note to self: update About page.

Less fun news: I’m still unemployed, although, I can’t say that I’m too torn up about it. Sure, it would have been nice to get a job straight out of University and start making those dolla dolla bills y’all. But, at UW, we have school all year round (yes, including summer) and the last time I had more than 3 weeks off was at the end of my first year in 2011 when I had all of that August off. So, after spending four years straight alternating between school and co-op (work) terms, I think I deserve a break. And I’m enjoying the heck out of mine.

How? By watching ALL the videos. Watching vloggers on YouTube has seriously become an obsession. There’s something really fun about getting to know someone through video. Plus, most of my IRL friends haven’t been in Waterloo for the last month and I needed to compensate for that. Yes, YouTubers became my version of imaginary friends…

Also, looking at so many of their videos has made me want to start making videos. But, I have a serious problem with being in front of a camera. I barely even take selfies, or get my picture taken. Plus, I kind of hate the sound of my voice when I hear it on replay. So, I can’t imagine, sitting around, filming a video and actually publishing it. But, four years ago, I would have never thought I’d be blogging, so you never know. 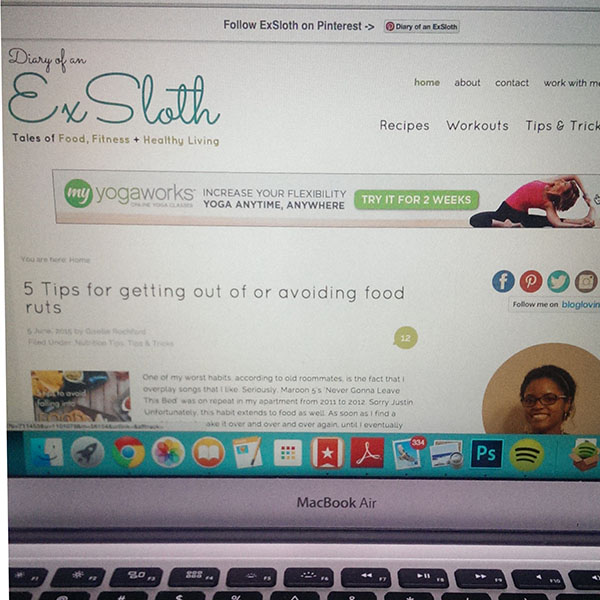 Speaking of blogging, last year I started getting ‘serious’ about blogging and finding a way to turn the blog into a career/money making machine. But, over the last month, I realised that that’s probably something I wouldn’t enjoy. At least not at this point in my life. I’ve had all month to focus on my blog, since I have no school or work to ‘distract’ me, and most days, it’s the last thing I want to do. I think part of it has to do with not having anything different to say from all the other healthy living blogs out there or from what I’ve already said.

The other reason is that I’m still growing and evolving as a person so my blog ‘brand’ isn’t the full me and I’m having trouble limiting myself to that here. I’m only 23 and, as passionate as I am about healthy living, I no longer want to talk about it all the time. Sometimes I want to chat about the makeup that I’m experimenting with, thanks to all the beauty vloggers I’ve been watching. Or the marketing related things I’ve been learning from the digital marketing course I’m taking online. Or my experiences with life after graduation and searching for a job. Will I start doing that? No idea. But it’s a thought.